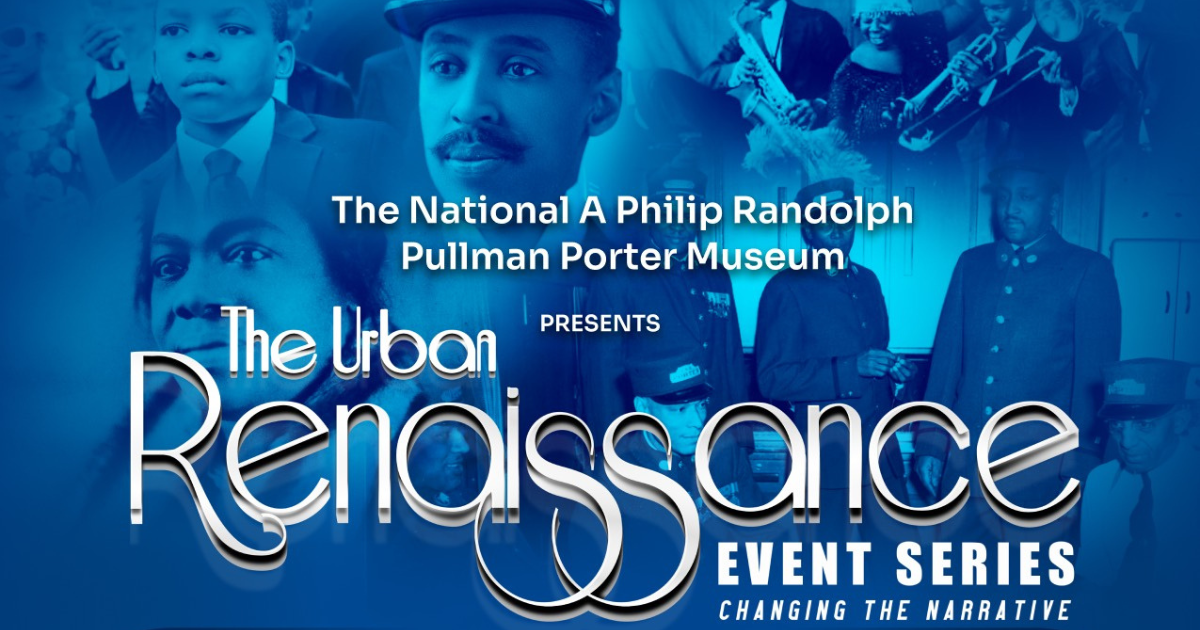 The A. Philip Randolph Pullman Porter National Museum will celebrate Labor Day weekend with the 6th installment of “The Urban Renaissance Event Series” which pays homage and recreates the energy of the Renaissance periods from Harlem and Chicago to through music, art, literature, and film.

The line-up of activities will culminate with a symbolic groundbreaking ceremony for the museum’s Labor Day expansion project, Sept. 5, at 11:00 a.m. on its campus at 817 East 104th Street in Chicago’s historic Pullman District, followed by a cultural explosion from 2:00 a.m. to 9:00 p.m.

Its goal is to lend an influential voice of support as an advocate for African American culture, while expanding the museum’s reach in the metaverse through innovative activations in the “Footprint Project”.

“Similar to the Hollywood Walk of Fame, Mr. Dash seeks to lend his celebrity status, to help the museum initiate and implement a footprint path that leads to the entrance to the museum’s expanded campus,” said museum president David Peterson, Jr. “Each footprint will symbolize the empowerment of entrepreneurs and pay homage to the black labor movement.”

More details will be shared during the inauguration ceremony.

Additionally, museum leaders have invited a host of public and labor officials, community leaders and committed advocates to shed light on the impact of A. Philip Randolph and the Brotherhood of Sleeping Car Porters. Established 27 years ago, the Pullman Porter Museum is the only one of its kind in the country.

“Earlier this year, we announced plans for this expansion and have worked diligently to build public support, raise funds and amplify the story of black labor in the name of realizing this vision,” the company said. museum founder, Dr. Lyn Hughes. “We still have work to do, and this breakthrough serves as a catalyst for the engagement of all stakeholders.”

The expansion, called the Community Economic Development Empowerment Project” (CEDEP 2020), is an innovative, comprehensive multi-phase plan that will include expanded galleries and exhibition space, revenue-generating space and the Rights Wing. civilians of Jesse Jackson, with an elevator, to ensure accessibility for people with disabilities.

“We are confident that the completion of this expansion will simultaneously launch a neighborhood stabilization plan providing employment and economic opportunities for residents and businesses in our community and beyond.”

Peterson went on to point out that the anchor and crown jewel of Randolph’s Way will be the National A. Philip Randolph Pullman Porter Museum. One of the area’s highlights will be Pullman Porters Row, where new businesses focused on tourism and hospitality will be located. This is another first for the museum in the southern lakeshore region.

The project also includes the Jesse White Library and Research Gallery, the Dr. Lyn Hughes BSCP Women’s Auxiliary History Museum, and additional structures to be announced as the project progresses.

“Pullman Porters Row will have an impact on the entire region and will be unlike any other tourist district in the country,” said Hughes. “The project is designed to include training for community residents through our collaborative partnerships with the working community as well as comprehensive services to ensure residents are ready to work during the construction phase and ready to benefit from the anticipated revenues of the more than 300,000 anticipated tourists. .”

Dash, the only non-union or political representative on the list, indicated his strong desire to speak at the groundbreaking and participate in the Museum’s annual free celebratory event “Urban Renaissance Event Series” which has takes place from 2:00 p.m. to 9:00 p.m. and includes music, food, vendors, entertainment, speakers and engaging activities for children.

“Mr. Dash’s planned contributions will complement the online and virtual activities we have in place to maintain guest engagement throughout the museum’s construction period,” Peterson added.

Of late, Dash has been outspoken on cultural appropriation and has become a public advocate for all things that elevate cultural economic development.

Dash shared that he was impressed with the unique direction the A. Philip Randolph Pullman Porter National Museum has taken to ward off “cultural appropriation” and the historical and cultural niche it has created over its 27-year history. existence in the Pullman district.

“This project will change the lives of residents in a community that has suffered decades of neglect,” added Hughes.

“Ironically, the end result will allow residents to begin enjoying simple things that are often taken for granted by residents who live on the south end of the neighborhood just five blocks away.”

The estimated timeline for project completion is September 2023. For more information on the National A. Philip Randolph Pullman Porter Museum, visit www.pullmanportermuseum.com.