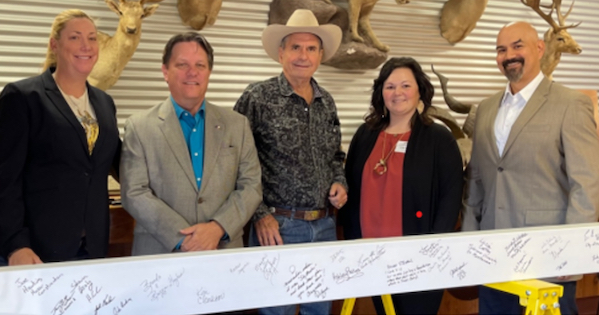 In Kerrville, TX, aerospace manufacturer Killdeer Mountain Manufacturing (KMM) is renovating a 40,000 square foot building at Kerrville Airport Commerce Park. The company will invest $8 million to renovate the facility, which will serve as the new headquarters for KMM’s operations in Texas. KMM has created 70 aerospace jobs in Kerrville since joining in December 2021, and plans to create another 400.

A Tier 1 supplier, KMM also operates three locations in North Dakota, including its corporate headquarters. KMM manufactures electronic components for the military and aerospace industries with customers including Boeing, Lockheed Martin, Raytheon and the Department of Defense.

“Our expansion into Texas has helped KMM fuel our growth, not just for the Kerrville plant, but for our family of companies in North Dakota,” said Erika Bauer, president of KMM operations. “The excellent workforce, proximity to customers, and outstanding support from various organizations and government agencies have made Texas Hill Country the perfect second home for KMM.”

Kerrville’s aerospace sector is growing as major aviation companies see significant cost and labor advantages, as well as the added value of its supply chain network. Within a one-hour flight of Kerrville are more than 1,500 aircraft owners and operators, representing up to five times the same market distribution for cities comparable in size to Kerrville.