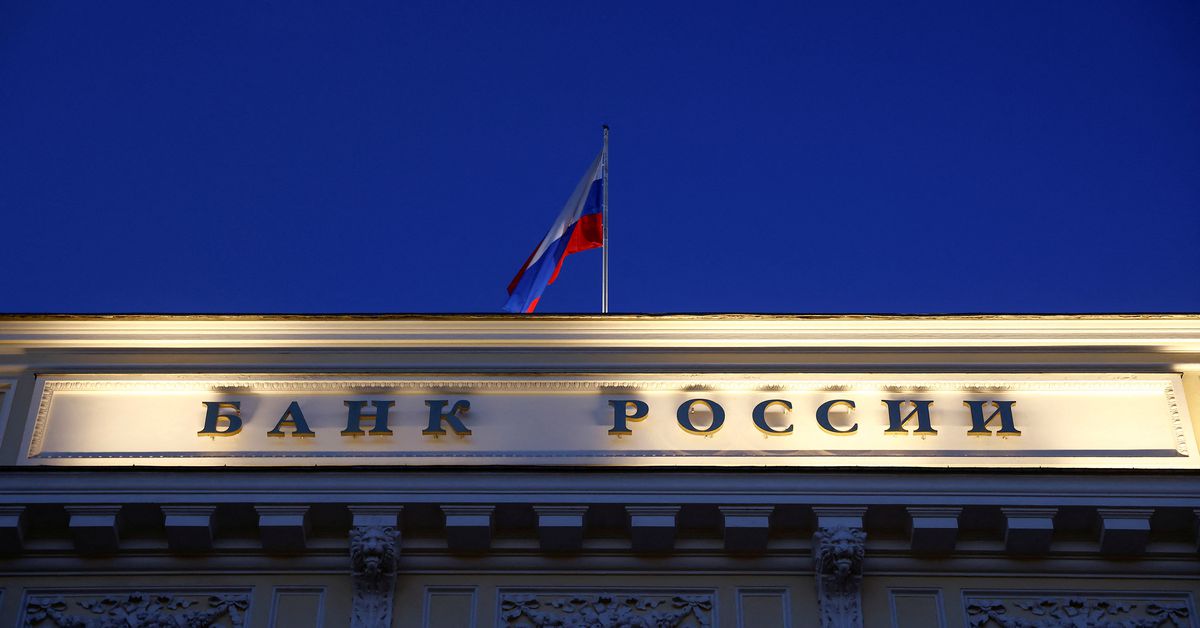 LONDON, May 13 (Reuters) – The West has imposed an unprecedented set of sanctions on Russia, its key businesses and its business and political elite in response to Moscow’s invasion of Ukraine.

The measures have triggered an exodus of foreign companies, raised the prospect of Russia defaulting on its sovereign debt and are expected to trigger a deep economic contraction.

Here is a summary of the main financial penalties:

The major Western powers in the Group of Seven have banned transactions with Russia’s central bank and frozen its assets held in their jurisdictions – around $300 billion, according to Russian Finance Minister Anton Siluanov.

Moscow called the move a “theft”, having for years touted its gigantic reserves as a war chest that would shield the economy from Western sanctions or a sharp downturn.

Russia’s overall gold and currency reserves – including frozen funds – stood at $593.1 billion as of April 29.

Several public investment vehicles such as the Russian Direct Investment Fund and the state-owned development bank VEB have been sanctioned, barring Western investors from doing business with them.

Britain has banned Russian sovereign debt placements in London and the EU has also restricted trading in Russian government bonds.

Russia has about $40 billion in outstanding debt denominated in euros and dollars.

Foreign investors hold half of that, along with about 18% or 2.8 trillion rubles ($45 billion) of Russian national bonds, called OFZs.

The United States has imposed “full blocking sanctions” on several Russian banks and financial institutions, including state lenders Sberbank and VTB Bank, which together account for about half of Russia’s banking assets.

The restrictions effectively prevent them from trading in US dollars and prohibit Western companies from transacting with them.

The EU has expelled seven Russian banks, including the also state-owned VTB Bank and Otkritie Bank, from the SWIFT financial communications messaging system, hampering their ability to conduct cross-border transactions.

European Commission chief Ursula von der Leyen said on May 5 that the bloc intends to eject Sberbank from SWIFT in its next sanctions package. Read more

Hundreds of members of Russia’s political and business elite have been added to US and EU sanctions lists – a move that freezes their assets and bars them from travel there.

Sanctions have notably been imposed on President Vladimir Putin and his cabinet, including Foreign Minister Sergei Lavrov, Prime Minister Mikhail Mishustin and Kremlin spokesman Dmitry Peskov and their families.

Top executives of Russia’s biggest state-owned companies, including Sberbank CEO German Gref, have also been sanctioned, leading to more than $30 billion in asset seizures across the EU, the bloc said. Read more

Oligarch Roman Abramovich has been forced to sell Chelsea football club after Britain put him on their sanctions list. Read more