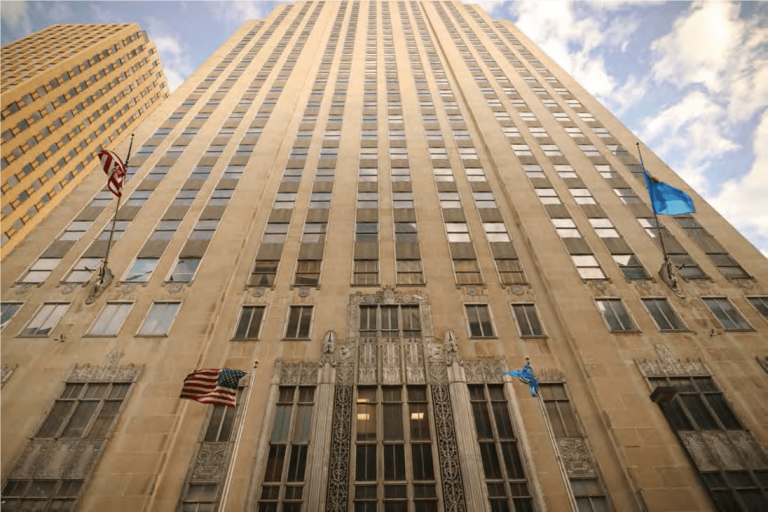 The mortgage proceeds will help facilitate the construction of The residences of the First National Center, which will sport approximately 200 units spread between the ninth and 32nd floors of the 33-story, 493-foot Art Deco tower.

Developers not only use private construction finance, but also public money – through the sale of historic federal and state tax credits – to get their project through.

Brooks and Nicholas bought the First National Center – formerly called the First National Bank building – for just $ 23 million a few years ago, then began their campaign to plan and get the approvals needed to redevelop what is the third tallest tower in the Oklahoma City skyline.

In total, when the historic rehabilitation is complete, the skyscraper in 120 Robinson Avenue North will feature apartment units; a 149 keys Autograph collection hotel Marriott International; two restaurant outposts; and approximately 35,000 square feet of commercial, event and retail space, according to information on the website of Oklahoma City Economic Development Alliance. There are also plans for a heated rooftop pool, outdoor kitchens, theater, dog park, game room, cafe bar, and fitness center on a 14th-floor terrace at the use of apartment tenants. Residents will also have access to an adjacent parking garage which will also be redeveloped as part of the development.

The developers will rehabilitate the property’s “Great Hall” located on the second floor and open it to the public to serve as the hotel’s lobby and museum.

Built in the early 1930s, the property is in the heart of Oklahoma City, near the A myriad of botanical gardens, the Cox Convention Center and the Chesapeake Energy Arena, the house of National Basketball Association‘s Thunder of Oklahoma City.

Airlines in talks with federal government for at least $ 7 billion in loans: Unifor’s Dias