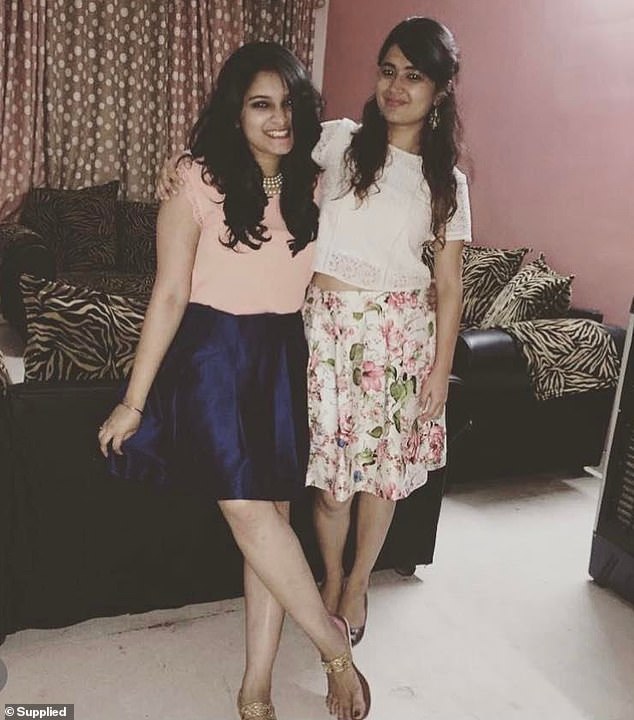 Accountancy firm Big Four Ernst & Young will hold a memorial service at its Sydney headquarters for a senior auditor who died in the office nearly two months ago.

Aishwarya Venkatachalam, 27, fell from a roof terrace on the 10th floor of the building around 12:20 a.m. on Saturday August 27, after returning to work after a reception.

Ms Venkatachalam, an Indian national, had only moved to Australia 11 months earlier to take up the job and had complained to friends of struggling with bullying and racism.

His death has rocked Australian businesses and sparked outcry over industry expectations of incessant working hours and allegations of a toxic work culture.

After Daily Mail Australia revealed that Ms Venkatachalam had previously complained that her colleagues were ‘nasty and racist’, Ernst & Young – which does business as EY – last month announced a thorough review of the workplace culture.

Now an EY spokeswoman has confirmed to Australian’s Margin Call column that an in-house commemorative event will be held on site with friends and colleagues this week.

Ms Venkatachalam completed a degree in accounting in India, before marrying, settling and then moving to Australia in November 2021 as a senior property insurance auditor.

Her husband Nakul, whom she married in January 2021, was on a flight from Singapore to Sydney when she died and learned of the tragedy when he got off the plane.

“She was a very good lady, she was brought up very well.

“I don’t know how it could have happened.”

In the days after Ms Venkatachalam’s death, three witnesses have come forward to reveal they found her just hours before she died crying in a car park after leaving staff drinking at the Ivy nightclub neighbor.

The Good Samaritans said the lead listener was sobbing uncontrollably, apparently having a panic attack, and said “all white people are racist”.

She told the three women that she had been kicked out of work and had left her house key at the EY office, but the staff wouldn’t let her go upstairs to check it out. ‘obtain.

The women said another woman and two men appeared and offered to drop Ms Venkatachalam at the EY building to get her key, where she later died.

Close friend Neeti Bisht said Ms Venkatachalam told her she faced bullying and racism at work but was otherwise thriving in Australia.

“I think things were just starting to brew so… Her colleagues and the racist angle were on the line,” she previously told Daily Mail Australia.

A representative for Ernst & Young previously told Daily Mail Australia that the company “has a zero tolerance response to bullying, harassment and racism, and we take all allegations relating to these issues very seriously”.

“The review we launched last week following this tragedy is ongoing and it would be inappropriate to comment further until it is complete,” she said.

“We continue to offer all of our associates guidance and support.”

There is no suggestion that EY or Ms Venkatachalam’s colleagues or superiors were in any way responsible for her death.

NSW Police and SafeWork NSW are still investigating the death, and the 10th floor roof terrace has been closed to staff since the tragedy.

Oceanic EY CEO David Larocca (left) has promised that Elizabeth Broderick (right) will review the company’s culture, work practices and psychological health and safety as part of a review rigorous and independent.

EY employees told Daily Mail Australia that the company was offering counseling services to workers following the incident, however staff were furious at the company’s initial response which did not even name Ms Venkatchalam in a speech to the company’s 9,000 employees in Sydney.

Company bosses finally relented after Daily Mail Australia revealed how irate workers were chasing the CEO on LinkedIn, telling him to ‘say his name’.

Former sex discrimination commissioner Elizabeth Broderick has been appointed to lead the investigation at the accounting giant.

The company also launched two additional internal reviews in the wake of the tragedy to address mental health and safety support within the organization.

“We are committed to supporting everyone at EY and want to do everything we can to ensure we continue to provide a diverse, inclusive and safe workplace,” Mr. Larocca said.

“The findings of these reviews will help us do that.”

For 24-hour confidential support in Australia, call Lifeline on 13 11 14

THE TRAGIC TIMELINE OF AISHWARYA EVENTS

2015: Graduates of Symbiosis College of Arts and Commerce in Pune, India

Conflicting reports say she left her office at noon, 5.30pm or 7.30pm to join the EY social club drinks function at The Ivy nightclub.

CCTV is said to be showing her back to the office around 7:30 p.m. She was reportedly seen moving between offices in the EY building.

At 8 p.m., she spoke on the phone to her husband in Singapore before catching a flight to Sydney.

Several hours later, she is found allegedly drunk and distraught in a downtown parking lot just before midnight.

She claims to have been kicked out of a job function and cannot access her office to get her house key. Passers-by help him back to his EY office building.

Later that day, her husband returns to Sydney after a trip to Singapore to be informed of the tragedy.