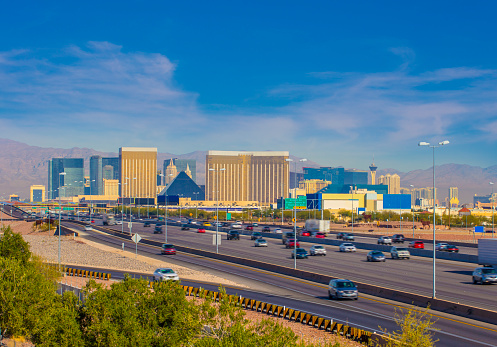 LAS VEGAS (KLAS) – Could we soon see the end of resort fees? This week, President Joe Biden said he was going after hidden “junk fees,” including those charged at Strip resorts, ordering the Federal Trade Commission to investigate.

In Las Vegas, the majority of resorts on the Strip charge an average resort fee of around $40 per night.

President Biden has also said his administration will target “hidden fees” on concert and airline tickets and even bank overdraft fees that he says can weaken the economy.

The Federal Trade Commission has voted to start a regulatory process to prevent “junk fees,” but it’s unclear when or how it will actually affect the Las Vegas Valley.

Local experts such as gaming historian David Schwartz at UNLV said if the change were made, resorts would likely raise their rates.

“I think it will provide more transparency in pricing, which is generally a good thing, and it will just give people a better idea of ​​what they’re getting into when they go to book,” Schwartz said.

8 News Now spoke to tourists on the Las Vegas Strip, like Mike Haske, who said higher upfront prices would change the way they book their vacations.

Many people 8 News Now spoke to said they chose to stay on Airbnb to avoid resort fees on the Strip. For the most part, hosts cannot charge resort fees unless they manage multiple properties and the company has approved it.

On its website, the White House has listed examples of what it considers to be “hidden fees” or “junk fees”.

Central Bank of Thailand Will Launch CBDC Pilot, But Still Doesn’t Like Crypto