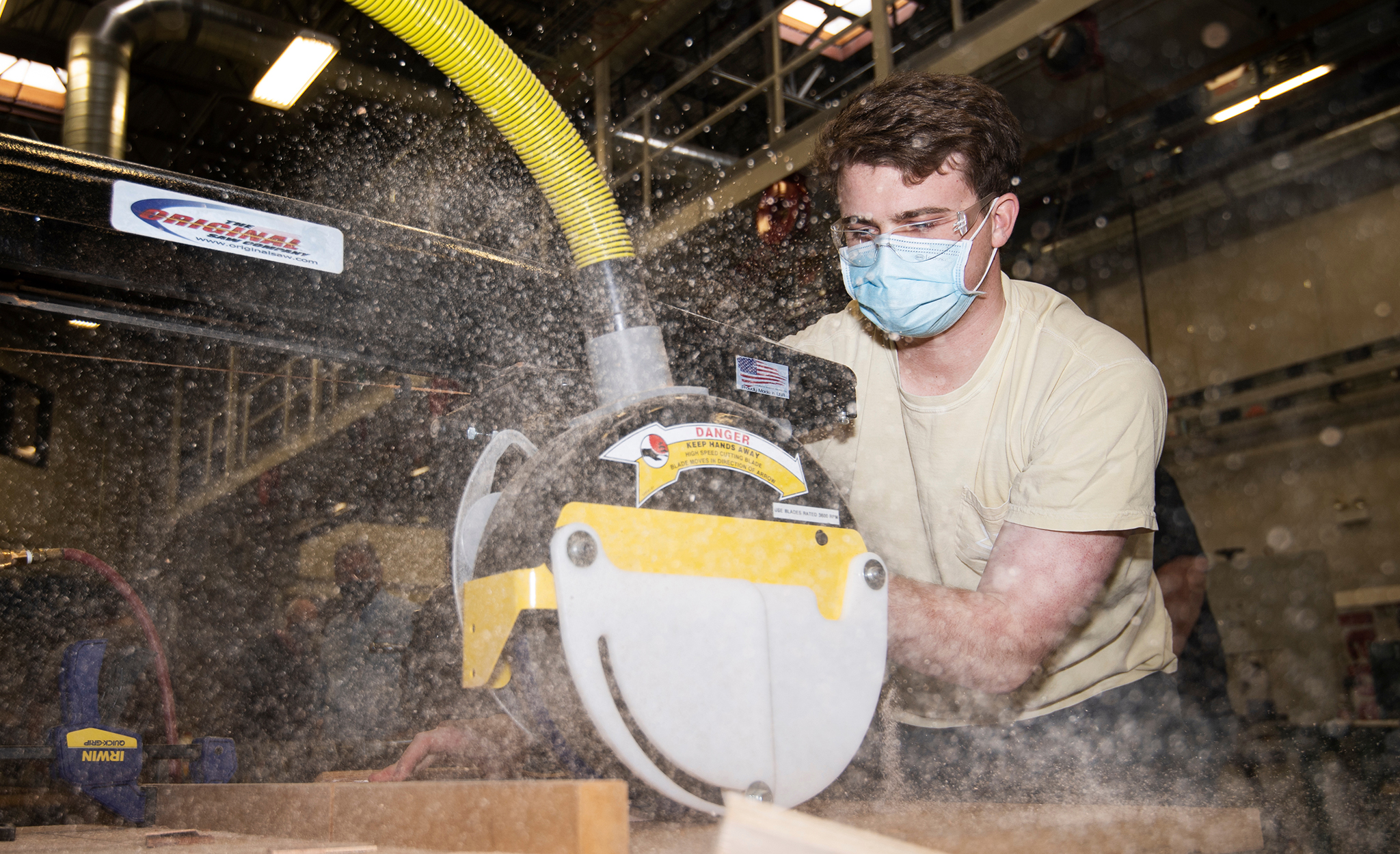 An Ole Miss student from the Haley Barbour Center for Manufacturing Excellence participates in a class project designed to teach students how to create efficient and balanced assembly lines in the CME factory. A donation from the family of Charles Holder Jr. establishes a scholarship at the center with the goal of providing more skilled professionals for the state’s manufacturing industry. Photo by Logan Kirkland/Ole Miss Digital Imaging Services

OXFORD, Mississippi — With a $62,500 donation to the University of Mississippi’s Haley Barbour Center for Manufacturing Excellence, the family of Charles Holder Jr. hopes to keep graduates in the state while honoring their father.

The gift establishes the Charles B. Holder Jr. Scholarship Endowment in honor of Holder, who served as a member of the center’s original board of trustees.

Holder, a Louin native, is the founder of Hol-Mac Corp., which operates six diverse manufacturing plants in Bay Springs. A graduate of Mississippi State University, his lifelong commitment to education and workforce development led him to join the CME Board of Trustees.

“He was instrumental in establishing the CME curriculum,” said Jamie Holder, President and CEO of Hol-Mac and CME Board Member. “We wanted to support the program, and what better way to do that than to honor our father and his contribution to the center?

The CME, which was founded by former Governor Haley Barbour in partnership with the university and Toyota Motor Corp., welcomed its first class of accounting, business and engineering students in 2010 with the aim of preparing them to become leaders in the manufacturing industry.

“The participatory learning process that the CME has used is how the industry trains employees,” said Jamie Holder. His company hired graduates directly from the CME.

In fact, students who receive the Holder scholarship are encouraged to complete internships with the Hol-Mac family of companies headquartered in Jasper County.

“The main purpose of having an internship at Hol-Mac is to give students the opportunity to determine if manufacturing is what they really want to do,” Holder explained. “We thought with internships we could make them see that there are good jobs in Mississippi and they could stay here.”

The goal is to help the state retain the most talented workers after graduation, said Scott Kilpatrick, CME’s acting executive director.

“The Holders are really trying to stop this brain drain in Mississippi,” Kilpatrick said. “They support students so they can go to school and then come back to support their communities.”

Additionally, Jamie Holder’s wife, Alison Lay Holder, earned her bachelor’s and master’s degrees in nursing at Ole Miss. The couple have two children, Bradley and Jordan, the latter also a UM graduate who played on the football team.

Recently, Charles Holder attended the 10th anniversary celebration of the launch of the CME.

“It meant so much to my father to see some of the original board members, CME staff and Governor Barbour,” Jamie Holder said. “He enjoyed seeing how successful the program has become and being there for the scholarship announcement on his behalf.”

Kilpatrick called Charles Holder “Mississippi’s industry leader for many years.” We were thrilled to be able to honor him as well, to give back to the students and to truly recognize the impact they have had on our program.

The Charles B. Holder Jr. Scholarship Endowment is open to donations from individuals and organizations. Checks, with the scholarship name written in the note line, can be sent to The University of Mississippi Foundation, 406 University Ave., Oxford, MS 38655; or give online at https://give.olemiss.edu.

Financial Inclusion of the “Unbanked” Could Ease U.S. Economic Hardship