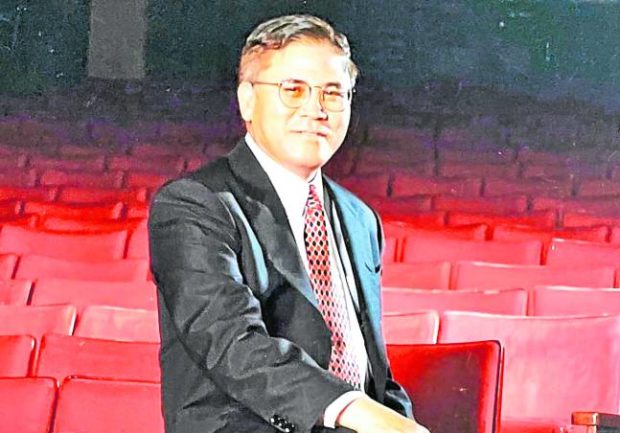 Baltazar Endriga, former president of the Cultural Center of the Philippines (CCP), died May 8 after succumbing to pneumonia at St. Luke’s Medical Center-Global City in Taguig. He was 82 years old.

Among his many accomplishments, Endriga is best known for his handling of the CCP. Appointed by then-President Fidel V. Ramos, he served as its president from 1995 to 1999, then joined the PCC as chairman of the board of directors from 2001 to 2002. He remained on the board until when he died.

He successfully led the battle for the CCP to own the land on which it was built and also recover a significant portion of the institution’s claims on the collection of tobacco excise duties.

His tenure was also marked by the center’s notable participation in the Philippine Centennial celebration from 1996 to 1998 and saw the first performance of the Philippine Philharmonic Orchestra in Europe.

It can be said that under the leadership of Endriga, an academic and management expert, the CCP has become a stronger and financially stable organization.

He went on to earn an MBA from Harvard Business School as a John Foundation and Peter Deutiche Fellow.

Prior to his appointment to CCP, he was a Senior Advisor and Managing Partner at the accounting firm Endriga, Manangu & Associates, and also held senior positions at SyCip Gorres Velayo & Co. and Andersen Consulting Philippines.

In 2003 he was appointed Dean of UE-CBA Caloocan and later that year its President and Director of Studies, the last two positions he held until 2005.

Continuously working in the education sector, in 2010 he founded and served as President of Meridian International Business, Arts and Technology (MINT) College in Taguig City. He also served on the board of trustees of Kalayaan College and chaired the advisory board of the Philippine High School for the Arts.

Leaving his mark in other cultural institutions, he was a commissioner of the National Commission for Culture and the Arts and a board member of the Film Development Foundation of the Philippines.

In the world of finance, he has maintained a strong presence as President of the Financial Executives Institute of the Philippines and a member of the Board of Directors of Metropolitan Bank, among other key positions.

Civic organizations also admired Endriga. He was a member of the National Executive Council of the National Citizens Movement for Free Elections and served on the boards of the Jaime V. Ongpin Foundation (JVO) and the JVO Microfinance Foundation.

In 2017, Endriga was asked to share his thoughts on what an ideal CCP leader should be:

“Leading the CCP or other arts and cultural institutions requires the following qualities: a sincere and intense appreciation and love for the arts, artists and the importance of their contributions to society; management and administration skills; willingness to sacrifice self-interest; absence of conflict of interest; sincere concern for the well-being of employees and artists; constant vigilance; extraordinary courage to protect the institution; ability to persevere, maintain and improve CCP’s physical and financial resources as well as organize its human resources to ensure effective service delivery; in-depth knowledge of the institution’s raison d’être and its strategic direction; and ability to inspire the institution’s employees, board and public.

In a statement released on the occasion of his passing, the Endriga family said: “Bal believed that life went beyond earning a living. That one should use one’s skills and influence to fight for the betterment of the country.

“In addition to being a CPA, Dad was a nationalist, educator, environmentalist, philanthropist and a person of integrity, courage, belief and compassion – a rare blessing to this world,” the family added.

Endriga is survived by his wife Tessie, his children and in-laws David and Catherine, Frankie and Jaclyn, Thérèse and Axel, and his grandchildren Francesca and Nicholas.

The wake is at Chapel 1 of Heritage Memorial Park in Taguig City. Burial will take place on Sunday, May 15 after the 9 a.m. mass.

READ: The arts and the CCP president