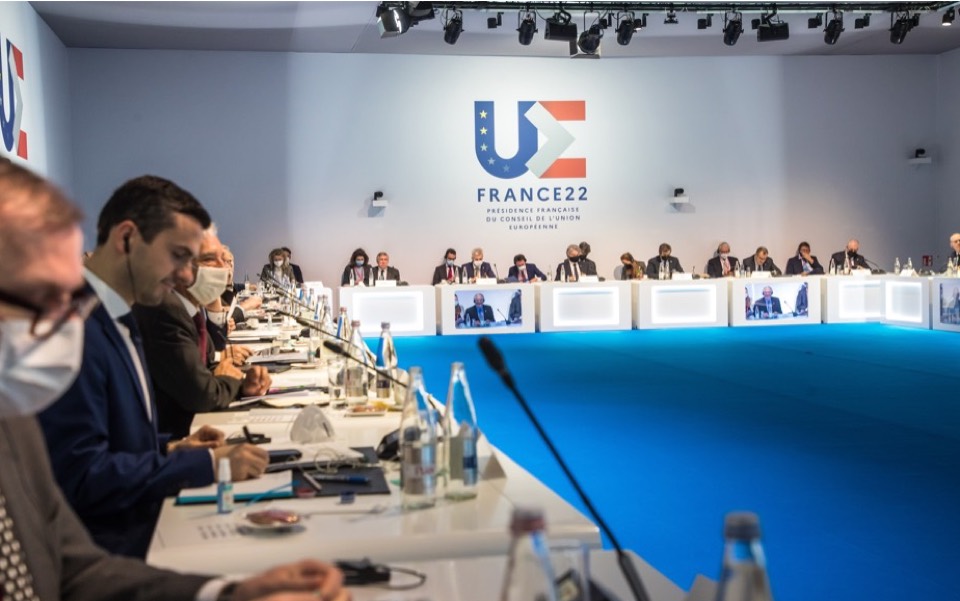 From 1992 to 2022: the EU still in search of a common foreign and defense policy

Defense ministers from 27 European countries gathered for an informal meeting in Brest, France, on January 12-13 to discuss ongoing work on the so-called strategic compass, an initiative that is expected to be adopted in March. for closer security and defense cooperation in the bloc. [EPA]

Thirty years ago, in February 1992, in an idyllic city in the Netherlands, 12 leaders signed the Treaty on European Union. The Maastricht Treaty is considered the most important EU treaty, as it paved the way for the euro. However, its still incomplete second pillar, that of a common foreign and security policy, could not be more relevant today.

Europe’s leap to the EU and the euro would not have happened if it had not been preceded by the breakup of the Soviet bloc and the reunification of Germany. By unleashing nationalism and war on the immediate outskirts of the former Yugoslavia, the former imposed the need for a common European foreign policy. The latter upset the balance between Germany and France, forcing Chancellor Helmut Kohl to commit to the monetary (and political) unification of Europe, sacrificing the Deutschmark.

European leaders had accepted a Political and Defense Community as early as 1952, but the memory of the Second World War was still fresh and the treaty was not ratified by the French National Assembly. Forty years later, World War II had passed and the Cold War was over, with the West emerging victorious. In 1992, Russia was well into its decline and had a decade of humiliating economic, social and political crises ahead of it (providing an important lesson: that building a democracy requires not only an open economy, but also public institutions and the rule of law; otherwise, it just ends up becoming an arena for oligarchs and kleptocrats). America, on the other hand, with a seasoned Atlanticist president and war veteran at the helm and having triumphed abroad, faced the new unipolar era of American world domination. The United States had a decade of economic expansion and self-confidence ahead of it – the Roaring 90s, which a charismatic young president from the impoverished state of Arkansas would embody. In Asia, a dynamic exporting country seemed to be at the height of its post-war success, but Japan had just entered a trap of stagnation from which it never emerged. At its side, a vast communist country was already experimenting with market institutions, but had violently suppressed its own liberal revolution in 1989, choosing (unlike Russia) a single transition to capitalism but not to democracy. In the decades to come, Western governments and businesses would see China as a land of economic opportunity – and China would exploit its openness to the West to gradually accumulate the economic and technological power it holds today.

Fast forward 30 years. Today’s Russia has metabolized the humiliating experience of the 1990s into restoring an authoritarian model of strong leadership, compensating for lack of economic dynamism with an overreliance on natural resources and maintaining an exaggerated militaristic machine driven by nostalgia. of the disappeared empire that he aspires to revive. America once again has a seasoned Atlanticist president in charge, but after four years of Donald Trump, it’s a different country in a different world. The Republican Party (anticipated winner of the November 2022 midterm elections) is on a downward slope adopting undemocratic practices. Post-Trump America is no longer the shiny city on a hill, nor the sole superpower. The American “liberal” bet that China, if integrated into globalization, would tend towards Western democracy has failed twice. China is now America’s rival superpower and primary strategic concern.

Fifty years ago, Richard Nixon’s America made the historic overture to China, so that it could concentrate its strength on the Soviet Union. Confronted with their Russian neighbour, several states in Central and Eastern Europe fear that America will now play the “reverse Nixon”, by normalizing its relations with Russia in order to concentrate all available resources on controlling China. Russia’s slashing at the Ukrainian border has so far ruled out that possibility. But America’s strategic focus on Europe is on a long-term secular decline.

Thirty years after Maastricht, the West persists as a geopolitical actor, but its cohesion and its power have fractured. Events have elevated the EU’s 2nd pillar of a genuine common foreign and defense policy, which would also strengthen NATO’s European pillar, to a top priority. The world may have been turned upside down, but the aspiration for European unity in the face of external challenges is more urgent than ever.

George Pagoulatos is a professor at the Athens University of Economics and Business and Director General of the Hellenic Foundation for European and Foreign Policy (ELIAMEP).

Online advertisements do not match the price paid at some dealerships