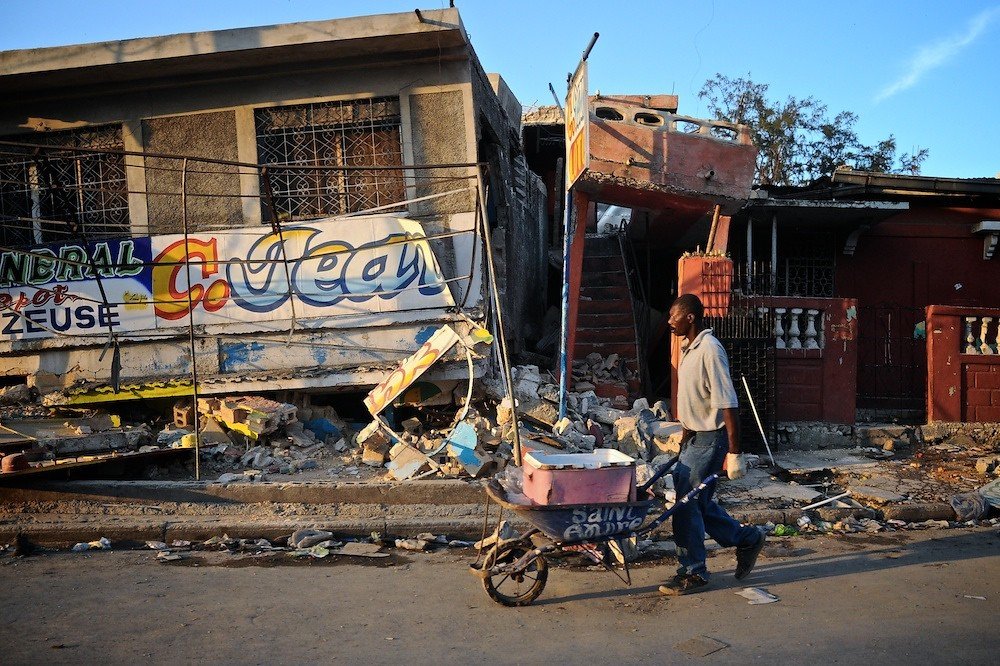 How Wisconsin Microfinance Makes a Difference

SACRAMENTO, Calif. — Tom Eggert had an established career as a respected sustainability professor at the University of Wisconsin, Madison, and was set to retire in 2010. A meeting with a Haitian student dramatically changed the retirement plan of Eggert. Tom is now the founder of a fast growing and successful non-profit organization making a difference to many through micro-finance tools. Beginning in Haiti and continuing in the Philippines, Wisconsin Microfinance is making a difference one country at a time.

The Cambridge Dictionary defines microfinance as “the activity or business of providing financial services to poor people or to new businesses in poor countries”. “Financial services” manifest themselves in different ways, including savings, loans, remittances, payments and insurance. Various sources provide these services and many experts divide the services into three categories which include formal institutions, semi-formal institutions and informal sources. Essentially, microfinance is a tool for development that uses financial tools ranging from savings to credit, which give many of the most vulnerable people control over their own destiny.

Surprisingly, the size of the group that microfinance would serve or people without access to essential formal financial tools is enormous. The Asian Development Bank claims that the number of adults worldwide who do not have this access is 2.7 billion, or 70% of the adult population in developing countries. The reason for unbanked people include ignorance, distance, lack of funds and lack of appeal to formal banking institutions.

Microfinance and its advantages

The benefits of microfinance for this group are immense and are not limited to access to financial tools. PLAN International highlights five key benefits.

At its core, microfinance offers hope by providing an opportunity for economic and social self-sufficiency to those who otherwise would not have it. The impact extends beyond this to benefit the local community and acts as a ripple effect which helps overall GDP. Microfinance researchers Selim Raihan, SR Osmani and Baqui Khalili found that it added 8.9% to 11.9% to GDP in Bangladesh.

How Wisconsin Microfinance Makes a Difference

With these benefits in mind, Tom Eggert started Wisconsin Microfinance to bring hope and opportunity to those left out of the system. Wisconsin Microfinance’s website mission statement explains that “our mission is to use microfinance to empower aspiring entrepreneurs” and “we seek to alleviate extreme poverty by providing access to capital in order to lend a helping hand.” , not alms”. At present, the association concentrates its resources on Léogân, in Haiti and on the island of Bohol, in the Philippines.

As noted, the genesis of this idea began with a Haitian student in Eggert’s fall 2009 course. In January 2010, an earthquake devastated Haiti and unbeknownst to Eggert’s student, he would be on the last flight out of Port-au-Prince before the disaster struck. After the devastation of the earthquake, Eggert and others in his race sprang into action to help. However, instead of focusing on providing basic water, food and shelter, the organization wanted to help affected people find self-sufficiency and economic opportunities.

Tom and his group found inspiration and guidance in the example of Nobel laureate Muhammad Yunus and his Grameen Bank. Yunus has established three guiding practices to ensure the success of its loans:

For Wisconsin Microfinance, success is in the numbers. After working with local partners, the organization was able to initially provide 50 loans, all of which the borrowers repaid. Since 2010, the nonprofit has granted more than 1,500 loans to Filipinos and Haitians. In total, the organization circulated more than $230,000 while posting a reimbursement rate of 97%. Eggert attributes this success to the previously mentioned group loan practice.

Eggert said in an interview with The Borgen Project that what motivates him to do this job instead of retiring comes from his days in the Peace Corps where he coincidentally volunteered in the Philippines for a few years. Eggert also said that “it was an opportunity to … pursue that goal of the Peace Corps”, which remains “to make a difference in people’s lives”.

At the heart of his motivation, Eggert tries to solve problems that others are not. Perhaps more tellingly, for Tom, the job will never be finished. Eggert explained that the current state of the organization’s mission is that “there are so many more needs out there” and “we can never declare victory that we have met all the needs there.” . This mindset and passion for helping the most vulnerable among us is key to how Wisconsin Microfinance makes a difference.