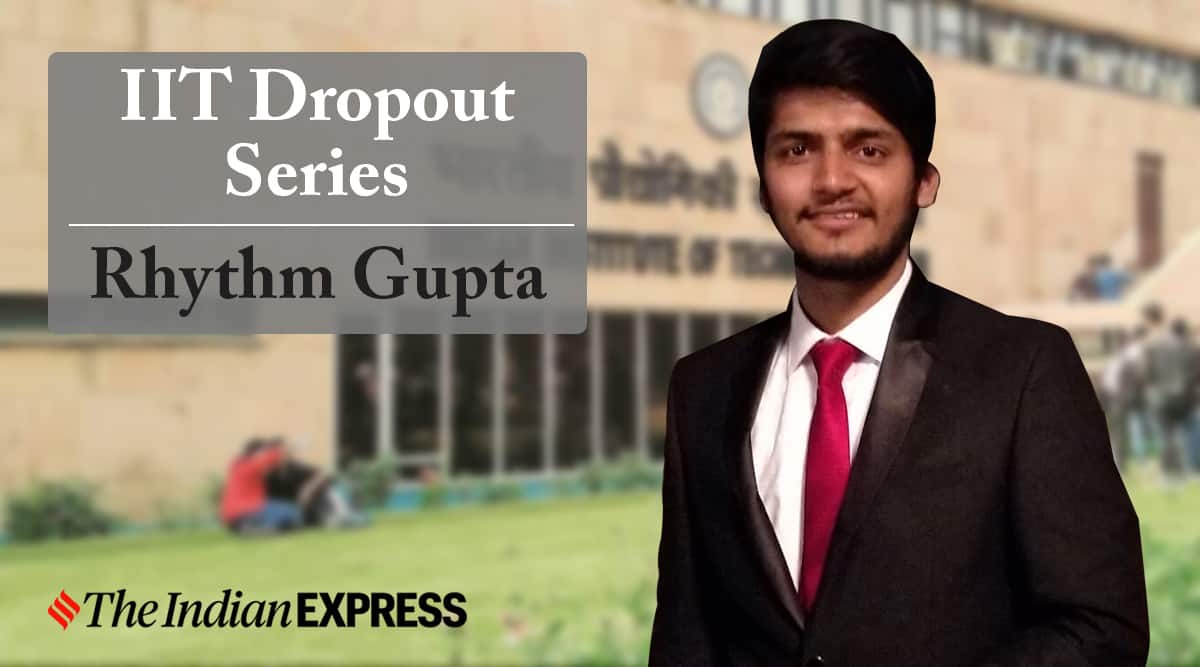 In 2009, when Rhythm Gupta passed the Class 10 board exams, his parents guided him to two career choices: business and public accountancy or becoming a doctor. But Rhythm chose none and decided to go for engineering.

“During those years, the JEE (Joint Entrance Examination) qualification was considered a huge achievement. I vaguely remember that the highest rank that someone from our town (Ambala) got was 27 and I decided to take the exam and reach any rank between 1 and 27 ”, Rhythm told indianexpress.com.

When Rhythm began studying for JEE, his family, while unsure of his success, supported him. In 2011, he cracked the JEE and achieved rank 27.

“When I got my results, I was happy that I had reached my goal. But the “what then” question bothered me. I opted for the IT course at IIT-Delhi because it was one of the most popular courses at the time. All of these decisions were based on external factors and I didn’t have long term goals for myself, ”Rhythm explained.

The pressure to “go big or come home” has indeed led him to one of the best institutes in the country, but the uncertainty of the future haunted Gupta even during his years at IIT-Delhi. For a year in college, he practiced vipassana, wrote an article on naxalism, and also visited Chhattisgarh to study the impact of government subsidies on the tribes. But that didn’t serve the mission statement in his life which was to “maximize the impact he wants to have on people.” It was then that he decided to join a start-up as a part-time member in the second year of his college.

“While I was attending classes, some questions still bothered me: will I be able to have an impact on society? Do I want to be stuck in a corporate career with no opportunity to explore my abilities? It was then that I realized that instead of doing regular work, I wanted to explore the world and seek what was best for me. Therefore, in my second year of college, I decided to quit IIT and join a start-up, ”he said.

However, the idea of ​​leaving IIT did not go well with his family. When Rhythm informed them of his decision, his parents packed their bags and came to meet him in person the same day.

“Shocked would be an understatement to define how they reacted. My parents were convinced that I was under a bad influence and completely boycotted the decision. They sternly told the founder of the start-up never to contact me again. Somehow their emotional state had an impact on me and I rescinded my decision not to act on them until a year later, ”Rhythm explained.

Even though Rhythm gave in to parental pressure in the second year, he did not give up on his project. During his second and third years of college, he worked as a freelance app developer to save money for his first startup. In the fourth year, he finally decided to quit and say goodbye to IIT-Delhi in 2014.

Over the next few months after he stepped down, he worked on developing a P2P payment system and named it Cibola. However, the app could not see the light of day due to some guidelines from the RBI. His ideas and abilities were appreciated by many industrialists and he was then hired by the FIITJEE coaching institute where he also served as CPO at the age of 23.

Rhythm then left the role to launch his own AI-based food technology startup, Easy Eat. The software platform aims to solve the problems of restaurants making direct connections between customers and restaurants by bringing restaurants online.

“The idea to launch Easy Eat came to me after I went out for dinner with a friend. Even after waiting over 30 minutes, we were unable to get a table in the restaurant during peak hours. And when we finally got one, we had to patiently wait longer to place the order. That’s when I realized the need for digital menus and ordering, ”explained Rhythm.

Rhythm believes it’s not the campus or the teachers that make an IIT special, but the super smart peers you hang out with. “The Internet is the ITI of the modern world. You can learn from smart people by following, interacting with, and dating them online. Just make sure you’re following the right people. Today I see many bright young students rushing to Twitter to access opportunities that were previously unattainable, ”he said.

The big interview: Bob Sanguinetti, CEO of the Aberdeen Port Board of Directors