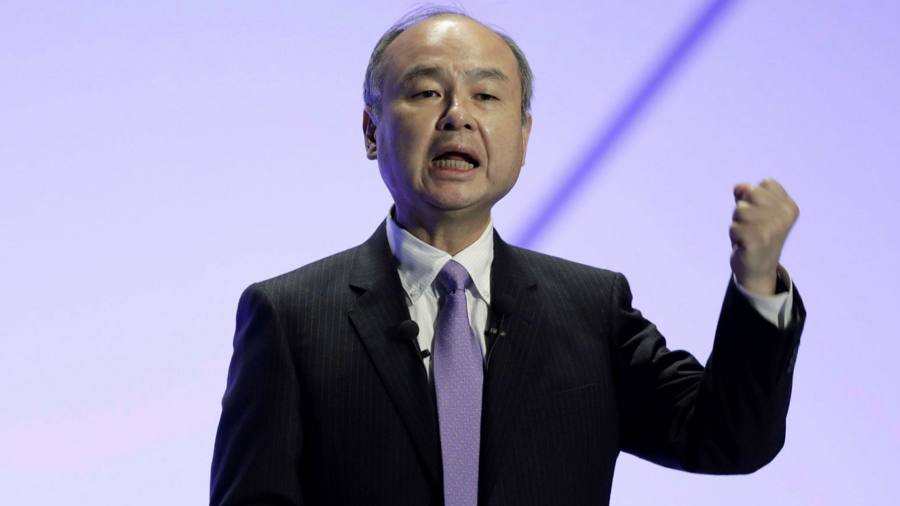 For entrepreneurs hoping to gain support from Masayoshi Son, the global Covid-19 outbreak has made it harder than ever to meet SoftBank’s billionaire founder in person.

Even after two years of the pandemic, Son has stopped traveling overseas, switching to online video chats instead. Visitors from Japan and overseas must pass PCR tests for three consecutive days before meeting him.

Health risk management has become a priority for any leader during the pandemic. But worsening succession unrest has heightened the risk that a figure as irreplaceable as Son will fall ill.

In the past two years alone, a number of senior executives have left or retired from the Japanese group. The latest and perhaps the most significant is Rajeev Misra, the boss of the $100 billion Vision Fund who is stepping down from key corporate responsibilities to launch an Abu Dhabi-backed fund.

“It’s fine if Rajeev was the successor or if it’s someone else but what’s worrying is the constant coming and going of people. Masayoshi Son’s succession problem is also a risk for financial institutions,” said a banker who works closely with Son.

There have been other high-profile departures — including the chief compliance officer and a former Deutsche Bank trader who ran SoftBank’s short-lived in-house hedge fund — and the reasons are different for each. Some reportedly felt they were underutilized or unhappy with pay, while others were concerned about compliance issues within the group or left after internal clashes within senior management.

The wave of departures coincides with the Vision Fund’s historic losses caused by a rout in tech stocks and a regulatory crackdown in China.

Inheritance issues are pervasive in Japanese businesses, and businesses with aging owners are increasingly forced to close due to a shortage of heirs. Two friends of Son – the founders of Apple supplier Nidec and the owner of Uniqlo Fast Retailing – also struggled to find a successor.

In April, Shigenobu Nagamori, the 77-year-old Nidec founder and former SoftBank board member, returned to the CEO role and demoted his hand-picked heir following the stock price crash. of the group. “I’m not going to rush into the question of the successor. I’m very fit so I don’t want to be treated like an old man,” he told investors.

Son, who turns 65 next month, also played down the succession issue, saying the move to an investment group has made it easier for him to run the business without being in charge of day-to-day operations. He plans to lead the company beyond 70 years.

“I will definitely be looking for a successor but I want to keep having some more fun. I’m really in the best of times right now,” Son said in February.

Son is known to be attracted to characters with big personalities and to fall out with them. His bromance with Nikesh Arora, the former Google executive and another of Son’s anointed heirs, came to an abrupt end in 2016 after he decided to remain in charge. Arora blamed his departure on that change in the timing of the leadership change. But the falling out also happened when Son was about to make a drastic shift in the company’s strategic direction.

In Arora’s case, his plan to turn SoftBank into an Asian version of Warren Buffett’s Berkshire Hathaway was never compatible with Son’s free-wheeling way of doing business. Shortly after Arora’s departure, Son announced the $32 billion acquisition of British chip designer Arm, which he then tried unsuccessfully to offload to Nvidia.

Similarly, Sago joined SoftBank in 2018, a year after launching the Vision Fund. But he struggled to find a role for himself after the group transformed from asset operator to global tech investor, and it quickly became clear he was no successor.

Misra may have found something more exciting with his new fund, but the timing of his departure is fueling speculation about the future of the Vision Fund. It also raises the question of whether Son is doing something new again. If so, he probably won’t be looking for a successor anytime soon – at least until SoftBank’s strategy becomes clearer.

Photography in the analog age was fun – Ojeniran