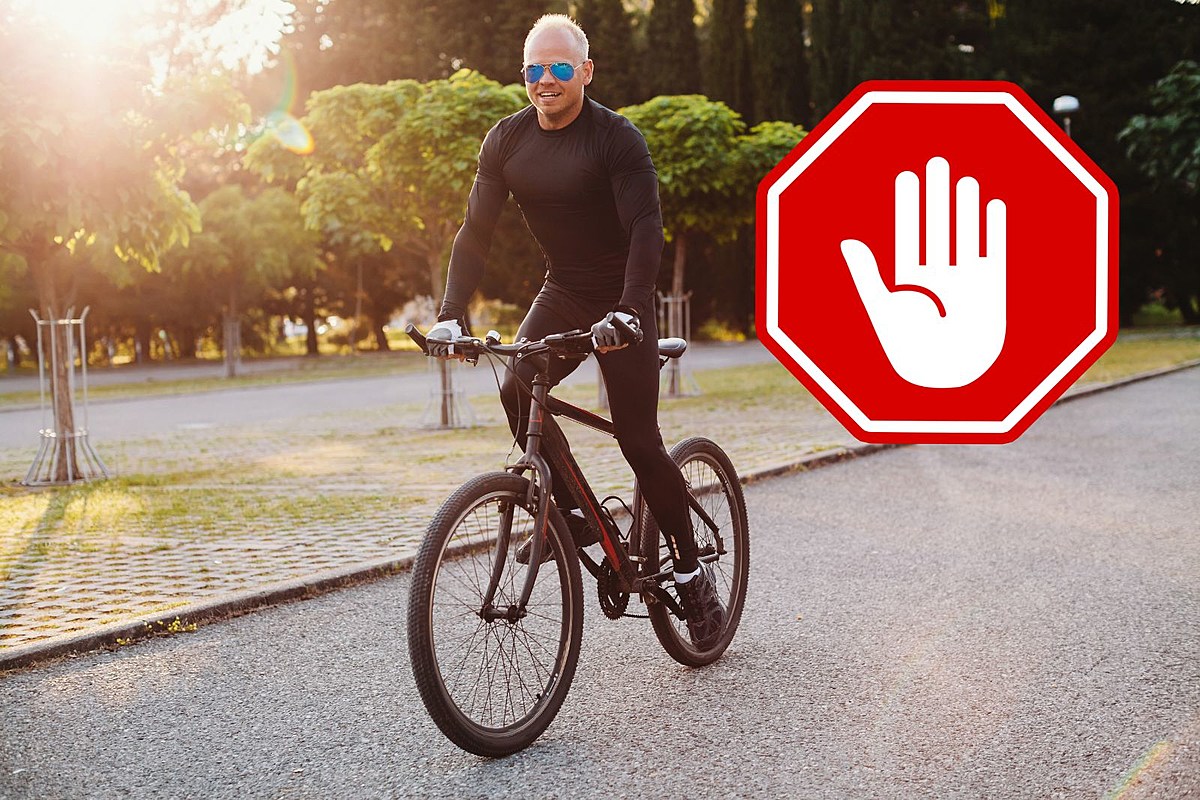 Is it illegal to stand while pedaling in Indiana?

We have all done it. You’re biking through the neighborhood, your favorite local park, or a particular trail, and you come across some type of hill or incline. So to give yourself a little extra boost, you lift your back off the seat and stand up to pedal in order to put all of your body weight into each push and help you get up the hill a little faster and/or easier . But in doing so, we may be violating an Indiana ordinance.

What Indiana Law Says About Getting Up to Pedal a Bike

Browsing the r/Indiana on Reddit recently, the title of a particular post caught my eye. It said, “Apparently it’s illegal to get up and pedal a bike.” The post was shared by Reddit user, draca101 of the Cycling sub-Reddit and quoted Indiana code 9.21.11.3 which states,

(1) riding other than on the permanent and regular saddle attached to the bicycle; Where

(b) A person may not ride a bicycle unless seated under this section.

I fully understand the reasoning behind the second line stating that a bike operator cannot let someone ride if they are not also sitting in some type of seat connected to the bike. The state is simply trying to prevent unnecessary injuries. But, the first and third line in particular certainly read like you have to be seated whenever the bike is in motion, which I interpret to mean that if you get up to pedal, you’re breaking the code.

This guy may or may not be breaking Indiana state law, but he definitely is breaking the laws of physics.

It’s entirely possible that me and the Reddit user who wrote the original post in the Reddit Cycling sub will misinterpret what the code means, but let’s just say it doesn’t. I guess the chances of a law enforcement officer giving you a ticket for getting up while pedaling your bike are pretty slim. Unless you are riding in a way that could be dangerous to people around you, for example, riding very fast through a crowd on the sidewalk, an officer wouldn’t bother wasting their time or yours. to stop you and give you a ticket for not sitting on your bike.

That said, you might want to stay seated just to be safe. Better yet, stay home and binge-watch and save yourself the trouble completely.

US stocks open lower. Dow Jones and S&P down 5 days in a row. NASDAQ down for the 4th day