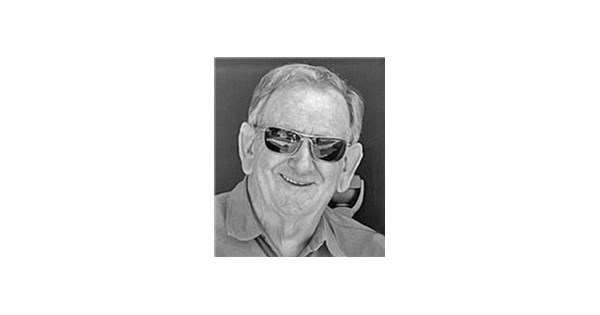 By Mitzi Hanks Last updated Mar 5, 2022
Share
We are heartened by the kind messages that have been shared as we mourn the loss of James William Chalmers, a beloved husband, father, brother, grandfather and friend.

Jim was born on May 9, 1943 to Marcella and William Chalmers. He died on October 7, 2021 from complications from a fall at his home.

Jim grew up in Chico, California, and earned a degree in accounting there. While serving in the military, he married Mary in 1968. They had two daughters.

The family moved to Yuba City in 1972, when Jim took a job with Chipman and Renfrow Accountancy. Jim worked there, and for its successor companies, until his retirement in 2018.

Jim and Mary divorced in 1991. He married Arla in 1995 and they remained together until his death.

Jim was predeceased by his parents and his brother, Bruce.

Jim is survived by his wife, Arla; daughter, Christy and her husband, John; daughter, Jenna and her husband, Dan; grandchildren, Danny and Lily; sisters, Beverly, Thea, Laurie and Jeanie. He loved Arla’s children: his daughter, Michelle, whose partner, Mark was a favorite fishing buddy; and his son, Steve and his wife, Lenie. Their children, Matthew, Destiny, Daniel and Ashley, considered Jim their grandfather.

Civic service has always been a part of Jim’s life and has taken many forms, from helping organize swim meets when Christy and Jenna were growing up to his decades of service to Rotary. He really liked helping others.

He loved cats and was rarely uneventful about his current feline’s latest quirk. His love of the outdoors was contagious. He had a wide range of fishing buddies and annual destinations, including Mexico, Alaska, Montana and Northern California. He and Arla had a second home in Graeagle, Calif., for several years, and he bought a Jeep and a hiking guide, both of which were used to explore the Gold Lakes region.

Jim played golf several days a week. He loved to learn and always studied the latest gadgets and innovations, and bought many of the ones he found most useful to share with his friends and family.

Jim’s family is looking forward to celebrating his life. We want to include all of his friends, but we don’t have their full names and contact details, so we hope those interested in joining the celebration will reach out to us at [email protected]
Share your condolences online at
www.appealdemocrat.com