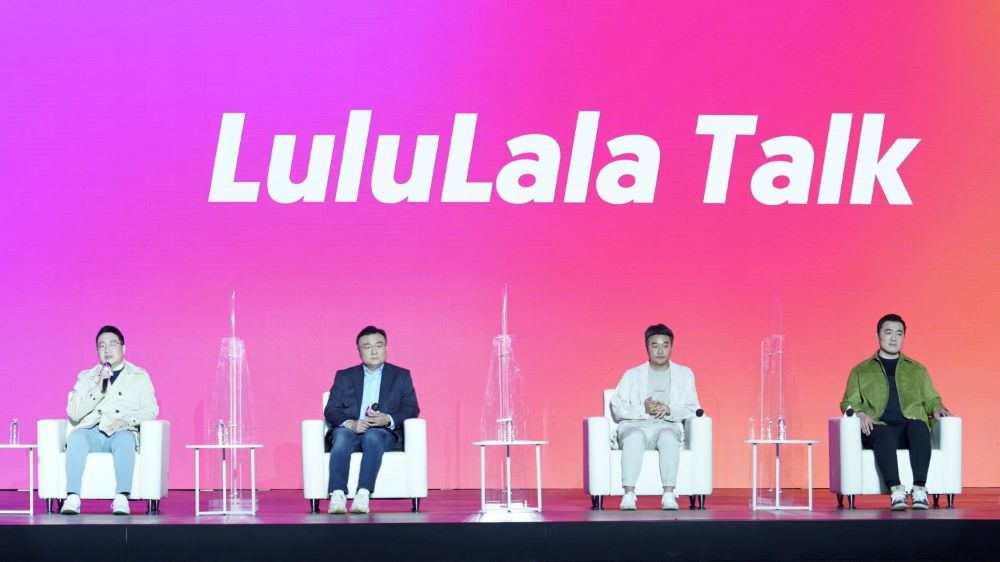 Korean TV powerhouse JTBC is upping its game and changing its name to stay at the forefront of the global explosion of Korean content.

While the parent broadcast group will retain the JTBC moniker, its group of 15 production companies has been renamed Studio LuluLaLa, or SLL, instead of the prosaic JTBC Studios. The word “Lululala” is used in Korea to express joy and adventure. And that translates quite easily.

More compelling is the KRW trillion ($2.4 billion) that SLL is now promising to invest in content production over the three years 2022-2024.

That figure, revealed at a press event this week, compares to the $500 million Netflix has pledged to spend in Korea in 2021 and the $4.4 billion that CJ ENM (owner of Studio Dragon, Endeavor Content and new CJ ENM Studio) says it will. spend over the five years between 2021 and 2025. (Regional research firm Media Partners Asia predicted this month that Netflix would increase its investment and inject $750 million into Korean content in the current year. )

SLL’s subsidiaries include Climax Studio (“Hellbound” “DP” by Netflix); Drama House (“SKY Castle,” “The World of the Married”; Zium Content (“Itaewon Class” and the upcoming Korean adaptation of “Money Heist”); and Film Monster (Netflix hit “All of Us Are Dead” and 2018 feature film “Intimate Strangers”).

Already powerful, SLL sees itself growing in Korea and, increasingly, abroad. Signs of this came last year with the acquisition of US producer Wiip (“Mare of Easttown”). Now, SLL announces that it will open a business in Japan in the second half of 2022 and open a unit based in Singapore, aimed at the Southeast Asian market.

“The company name change means we will leapfrog as a global content leader by expanding our studio operations in all directions, including theatre, film, entertainment, digital, CG/VFX, music and management,” said Jung, CEO of SLL. Kyung-moon said during the presentation. “We will establish ourselves as the best producer of premium content [and] captivate viewers around the world.

He also compared the company to the British Broadcasting Corporation as a model of the production sector, but without the public service obligations.

Jung said he expects SLL to deliver 35 shows this year, up from 26 in 2021. These include: fantasy drama “The Youngest Son of a Conglomerate”; the upcoming Netflix Originals “The Sound of Magic”, “The Accidental Narco” and “Money Heist: Korea – Joint Economic Area” and Don Lee- (aka Ma Dong-seok) with the film “The Roundup”, which was pre-sold worldwide.

He has named five department heads as crucial to the changes in production scale and methodology that he sees as necessary. They are Park Jun-seo, production manager at SLL; Choi Jae-won, CEO of Anthology Studio; Lee Jae-gyu, director of Movie Monster; Byun Seung-min, CEO of Climax Studio; and Choi Jae-hyeok, Chief Strategy Officer of SLL.

“Genre extensibility extends to dramas, movies, and entertainment, centering on IP,” Choi Jae-hyeok said during the presentation. “Thanks to the global OTT, the speed of contact with the public in terms of physical and cultural influence has increased.” Along with Korean tech giant Naver, JTBC last year became a minority investor in CJ ENM’s Tving streaming platform.

TVing has expressed equally ambitious goals for growth and production. Netflix is ​​currently the streaming market leader in Korea and, with a huge list of acquired, co-produced and original content, is the main distributor of Korean television overseas.

“In the past, the production scale and business structure was simple, but now production costs per episode have increased and drama series require the post-production volume of two or three blockbuster movies. We have to act like a complete production company that can plan and share [across units]said Park Jun-seo of SLL.

Korea has been a powerhouse in global cinema, and Korea’s theater market was the fourth largest in the world before the pandemic. But the sector has been hit hard by the drop in cinema attendance and, consequently, the anemic release of local films. SLL says it’s unlikely to overlook the sector, though it may become more selective about which projects get the theatrical treatment. “Movies that make audiences believe they need to be seen in a theater, because of their size or genre, will survive,” said CEO Choi Jaewon.