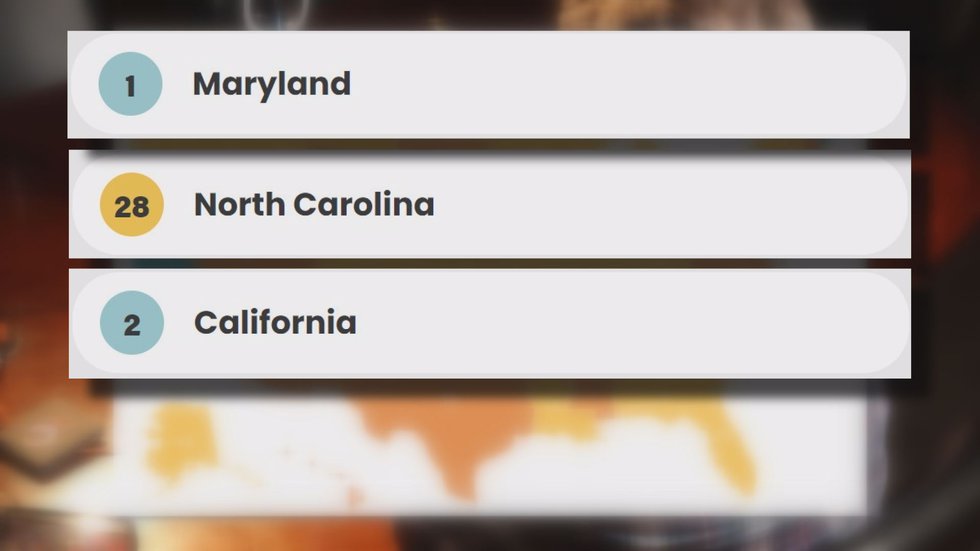 CHARLOTTE, NC (WBTV) – A new invoice in the North Carolina General Assembly would make the Tar Heel State one of the best in the nation at protecting patients from crippling medical bills and predatory debt collection.

Legislators act after a months-long WBTV survey highlighting the impact medical debt can have on people’s lives. The new Medical Debt De-Weaponization Act would alleviate some of the problems found by WBTV, but the North Carolina hospital lobby group says aspects of the bill are “political demagogy.”

State Rep. Ed Goodwin is one of the sponsors of the bipartisan Medical Debt Disarmament Act. The new bill would require hospitals to offer patient screening for charitable care, mandate free coverage for patients at 200% of the federal poverty level, and prevent hospitals from foreclosing patients’ homes or seizing their salary.

Goodwin says he thinks of these patients when caring for his mother.

“And think about it. If we couldn’t find the money to pay the insurance or pay the hospital, what will happen to my mom? »

The bill is sponsored by 45 NCGA representatives, including majority and minority leaders of both parties.

State Treasurer Dale Folwell has been fighting for years to reform the medical billing system.

“It’s a product that people would rather not consume when they try to ask what it costs or don’t tell us anything else, and when they don’t pay that bill they get punished. and their credit ratings are weaponized,” Folwell said. .

In a statement, the lobby group for North Carolina hospitals, the North Carolina Healthcare Association, wrote that the organization had not yet taken a position on the bill, but said that “through oversight federal Internal Revenue Service, it (charitable care) is regulated, reported and audited.

But policy experts say regulations on hospitals at the federal level aren’t as strict as what’s found in many states.

Gabriela Elizondo-Craig is a postgraduate fellow at Innovation for Justice, which recently published a study ranking states based on their medical debt policies.

“The state level is where we can make a lot of immediate changes,” Elizondo-Craig said.

North Carolina came 28th in the rankings, but Elizondo-Craig reran the calculations based on the provisions of the Medical Debt De-Weaponization Act. The bill would significantly boost North Carolina’s rankings if passed.

“So much potential here in this bill,” Elizondo-Craig said.

Stein also said the bill should strengthen his office’s authority to enforce these types of consumer rules.

An NCHA spokesperson took issue with the name of the bill, writing, “To suggest that hospitals ‘weaponize’ medical debt is nothing but political grandstanding. Hospitals do more than any other part of healthcare to help vulnerable patients.

“I would rather know that one day I saw the face of God and he said ‘thank you for saving that man’s life than to say ‘I was ashamed of you when you went to side of that man and you let him die’.”

The North Carolina Healthcare Association is still analyzing this bill and has not yet taken a position on it. A first high-level view is that federal law already meets several requirements of the bill, and that the North Carolina General Assembly passed legislation in 2013 that addresses many state-specific issues related fair billing and collection practices.

North Carolina’s healthcare systems and hospitals have millions of healthcare interactions with patients and families each year. They actively work with patients to help them understand their healthcare coverage and financial obligations. They try to make it easier for patients to connect to information about financial aid and reimbursement options. Hospitals post their financial aid policies on their websites and typically have a variety of resources available to provide information and answer patient questions, from on-site financial counselors to staffed call centers, tools virtual chat, etc.

In the event of an unpaid bill, the federal Internal Revenue Service has prescribed a long series of steps and waiting times that hospitals must follow before initiating any collection action, which is a last resort. To suggest that hospitals “weaponize” medical debt is nothing but political grandstanding. Hospitals do more than any other part of healthcare to help vulnerable patients. Their doors are always open, regardless of the patient’s ability to pay. Hospitals’ charitable care expenditures and community benefit investment activities are transparent and accountable. Through federal oversight by the Internal Revenue Service, it is regulated, reported, and audited. Enforcement is the responsibility of the United States Treasury. North Carolina nonprofit hospitals submit annual audits to federal and state tax regulators who determine that the hospitals are meeting their tax status obligations. Non-compliance can result in the revocation of a hospital’s tax-exempt status, which has never happened in North Carolina.

When patients need financial assistance, getting there is a two-way process. Under IRS rules, patients must provide financial information in order to qualify.

Hospitals want to make all types of financial assistance and debt payment options very convenient and easy for patients.

If you look at any hospital, you see a place full of people who come to work for the purpose of helping and healing others. Clinicians and hospital employees want to support patient well-being and provide an excellent patient experience. They value customer feedback on how they can improve.

“Every North Carolina should be able to get the health care they need without being overwhelmed with medical debt. HB 1039, which aims to protect North Carolina health care consumers, is a good bill with several strong provisions establishing minimum standards for charitable care, requiring transparency in charitable care policies and hospital rates, and setting limits on certain billing and collection practices. The bill needs to be improved by strengthening my office’s authority to enforce this and other consumer protection laws against violating hospitals. But our first conversation to address the burden on health care consumers must be about expanding Medicaid. This is the most important step we can take right now to protect people’s health and strengthen the delivery of health care in North Carolina.