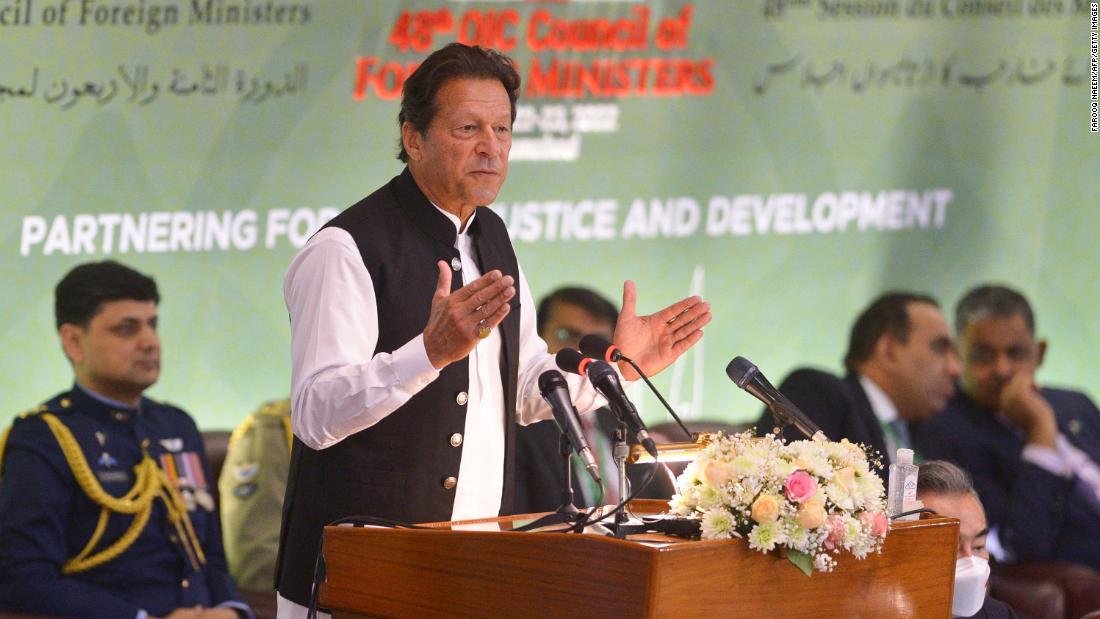 Khan, who is facing the toughest challenge of his political career, has asked the country’s president to dissolve parliament and called on the nation to prepare for new elections.

Khan was to lose the no-confidence motion, which was backed by an alliance of politicians – including more than a dozen defectors from Khan’s own political party. But in a dramatic reprieve for the embattled leader, the vote was blocked as “unconstitutional” by the vice president.

For months, Khan struggled with depleted foreign exchange reserves and double-digit inflation, with the cost of basic necessities such as food and fuel soaring.

After the vote, Information Minister Fawad Chaudhry said Khan would now continue to fulfill his responsibilities under Article 224 of the country’s constitution. But with no real precedent for Sunday’s chain of events, it remains somewhat unclear as to what will happen next.

Bilawal Bhutto Zardari, one of the opposition leaders, called Khan’s decision “unconstitutional”, adding that the case will be taken to the Supreme Court.

Pakistan’s main opposition parties have been mobilizing for the removal of Khan since he came to power in 2018 after a dramatic election mired in accusations of voter fraud and foul play.

As frustration with Khan’s leadership grew, the opposition tabled a motion to stage a vote of no confidence in parliament, accusing him of mismanaging the country’s economy and foreign policy.

They had urged Khan to resign ahead of the vote. Khan retaliated by calling them “traitors” and repeatedly stressed his desire to fight the vote.

Khan’s perceived inability to work in tandem with his allies, as well as the country’s powerful military, had led to a breakdown in relations within his coalition government.

Khan had previously called on defecting lawmakers to return to his party, promising they would be forgiven “as a father forgives his children”. He warned that those who voted against him would face social disgrace, saying no one would marry their children.

Khan had called on his supporters in the country of 220 million people to gather in the streets of the capital, Islamabad, on Sunday to protest against the proposed vote. Security has been tightened around the city, with police patrolling the streets. The city’s red zone, where government and military buildings are located, is cordoned off by shipping containers.

No Pakistani leader has completed a full five-year term as prime minister since the country was formed in 1947. There are now fears that Khan’s decision to call a snap election could cause further political instability in the nation south asian.

UBA’s credit expansion to boost agriculture and stimulate the economy

The biggest pros and cons of online banking