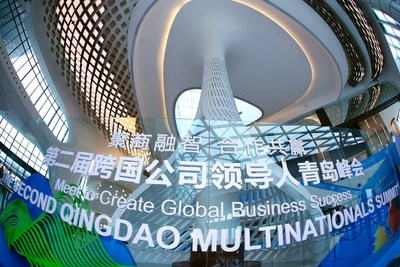 Signing of contracts at the Qingdao multinational summit in 2021 to generate $ 11.85 billion in new investments

Wang Shujian, Standing Committee member of the Shandong Provincial CPC Committee and Executive Vice Governor of Shandong Province, said in his speech that multinational companies have always been important participants, witnesses and beneficiaries of Shandong policies of openness and development. The province is doing everything to facilitate the creation of a pilot area for local economic and trade cooperation under the Comprehensive Regional Economic Partnership Agreement (RCEP) as well as a demonstration area for local economic and trade cooperation. Between China, Japan and the South Korea. In either case, the province is ensuring that the pilot free trade zone will be fully compliant with higher international economic and trade standards and rules. Shandong facilitated the conduct of cross-border trade by overhauling customs clearance, tax refunds and exchange processes, alongside the launch of a series of policies and measures such as expedited examination, confirmation and enforcement of patent rights, in a move to remove the bottlenecks that have hampered the growth of businesses in the province due to a list and catalog based policy system.

Shandong Province has excellent deep-water ports, well-established industrial chains, wide reach in from China domestic markets, and the most seasoned lineup of industry veterans in charge of its manufacturing resources. The province’s business environment, in terms of both material and material benefits, ranks among the best in China.

SOURCE Information Office of the People’s Government of Shandong Province