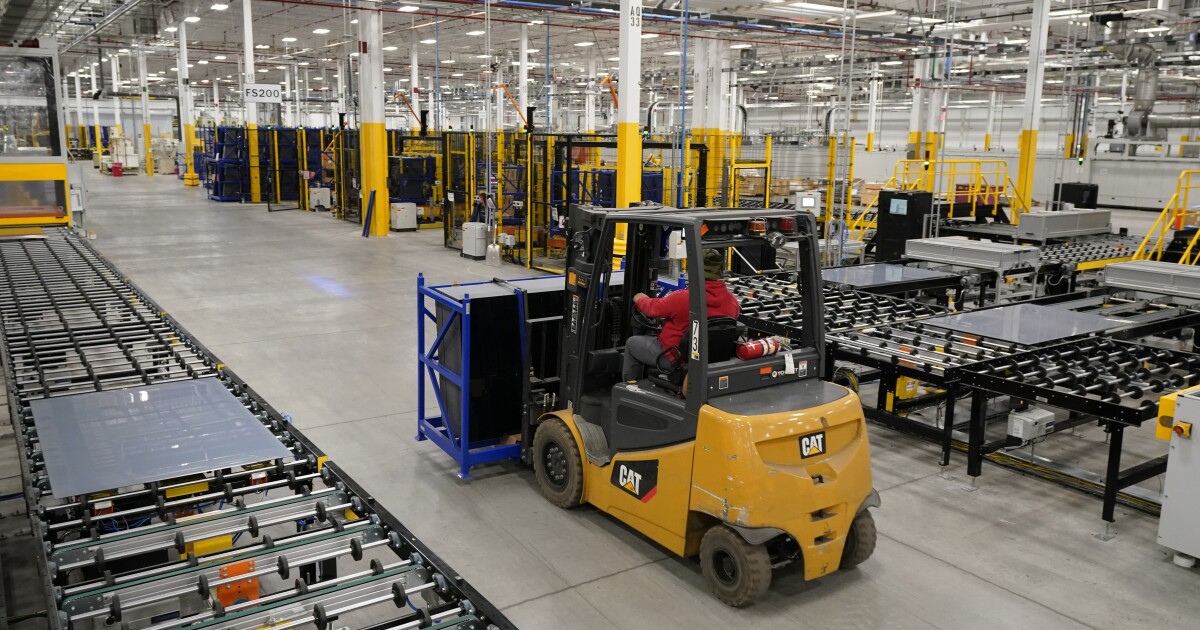 The Commerce Department is currently investigating whether Chinese companies are circumventing existing tariffs on Chinese solar products by sending solar cells and modules to factories in third countries before the products are shipped to the United States, a violation of the American commercial law, thus reinforcing China’s dominant hold. on the solar supply chain and giving it even more leverage on a rapidly growing industry.

The investigation focuses on whether factories in Malaysia, Thailand, Cambodia and Vietnam operate more or less as intermediaries for products that had already been functionally completed in Chinese factories or whether products undergo finishing important in these countries.

California-based module maker Auxin Solar filed a petition with the department in February alleging work performed at third-country factories is “minor or insignificant,” constituting tariff circumvention. The ministry opened its investigation on April 1.

But beyond the technical claims, Auxin raised the human rights abuses associated with forced labor in China’s Xinjiang region.

He added that China’s economic policies “have greased slippages so that Chinese companies can easily complete production in Malaysia, Vietnam, Thailand and Cambodia to circumvent existing barriers. [anti-dumping and countervailing duties] commands on chinese [crystalline silicon photovoltaic] cells and modules.”

Meanwhile, Nick Iacovella of the Coalition for a Prosperous America, a group representing American producers, from farmers to ranchers and manufacturers, argued that opposition to the Commerce Department investigation furthers the interests of Chinese manufacturers by compared to American companies.

He pointed to SEIA members, which include US subsidiaries of Chinese solar makers such as JinkoSolar.

“Right here [Chinese manufacturers] fund this trade association that claims to represent the solar industry, and whenever there is a decision to be made that will either benefit American workers and American manufacturers or Chinese manufacturers and Chinese workers, they take the side that benefits to China,” Iacovella told the Washington Examiner.

Iacovella, a former staffer of Florida GOP Senator Marco Rubio, further said it was “out of the question” that all Chinese companies operate under the influence of the Chinese government.

“If you follow this, there is no Chinese company that operates outside the reach and influence of the Chinese government, this also extends to its American subsidiary,” added Iacovella, who is now vice- CPA’s senior president of public affairs and communications.

Dan Whitten, vice president of public affairs at SEIA, called the claims of Chinese influence “absurd and patently false,” saying the group’s motivation for opposing the petition is to protect American solar jobs.

“Of the 60 companies on SEIA’s board of directors, only one company is headquartered in China,” he said in a statement. “Like every board member, they have a voice.”

SEIA and others on its side of the issue urged the Commerce Department not to initiate the investigation and fully deny the circumvention charge, arguing that the petition had no merit — largely because the department has determined in previous cases that the type of work done on airframes and modules in the four Asian countries is significant and therefore not subject to duties.

Opponents of the survey also argue that tariffs are an ineffective mechanism to protect and expand American manufacturing while also claiming that the industry must rely on imports due to the large imbalance between American demand for solar power and what American manufacturers can supply.

Additionally, reliance on cellular and modular products from the aforementioned Asian countries is entrenched, as they account for about 80% of US imports, according to SEIA.

“We have to rely on the global supply chain at this point,” said Chad Farrell, founder and CEO of Vermont-based Encore Renewable Energy. Washington Examiner during a sit-down this week. “It’s a global economy for reasons that none of us sitting around this table have a say in.”

John Smirnow, SEIA’s general counsel, claimed the focus on China in Auxin’s petition report was a misdirection of its motivation to use trade law to price competing solar cell sources. .

“Auxin wants this case to be about geopolitics. It’s not,” Smirnow said. “It’s about getting a competitive advantage for their imports.”

“They say, ‘Put a tariff on my competitor across the country, on his business from Malaysia, but… let me bring my cells from Taiwan duty-free. “”

CLICK HERE TO LEARN MORE ABOUT THE WASHINGTON EXAMINER

Both sides of the bypass case have supporters in Congress. Democratic Sen. Sherrod Brown and Republican Sen. Rob Portman, both of Ohio, called the opening of Chinese companies’ manufacturing operations in the four Asian countries a “textbook circumvention” and said the Commerce Department “must give full and fair consideration to these allegations of illegal and unjust activity.” circumvention of our trade remedy laws.”

Other Democrats, however, joined Nevada Sen. Jacky Rosen in sharing concerns that a positive finding in the investigation would “stall many ongoing and planned U.S. solar projects, negatively impacting across all segments of the U.S. solar industry and resulting in significant job losses.”

Experts highlight the role of green investment in boosting the economy