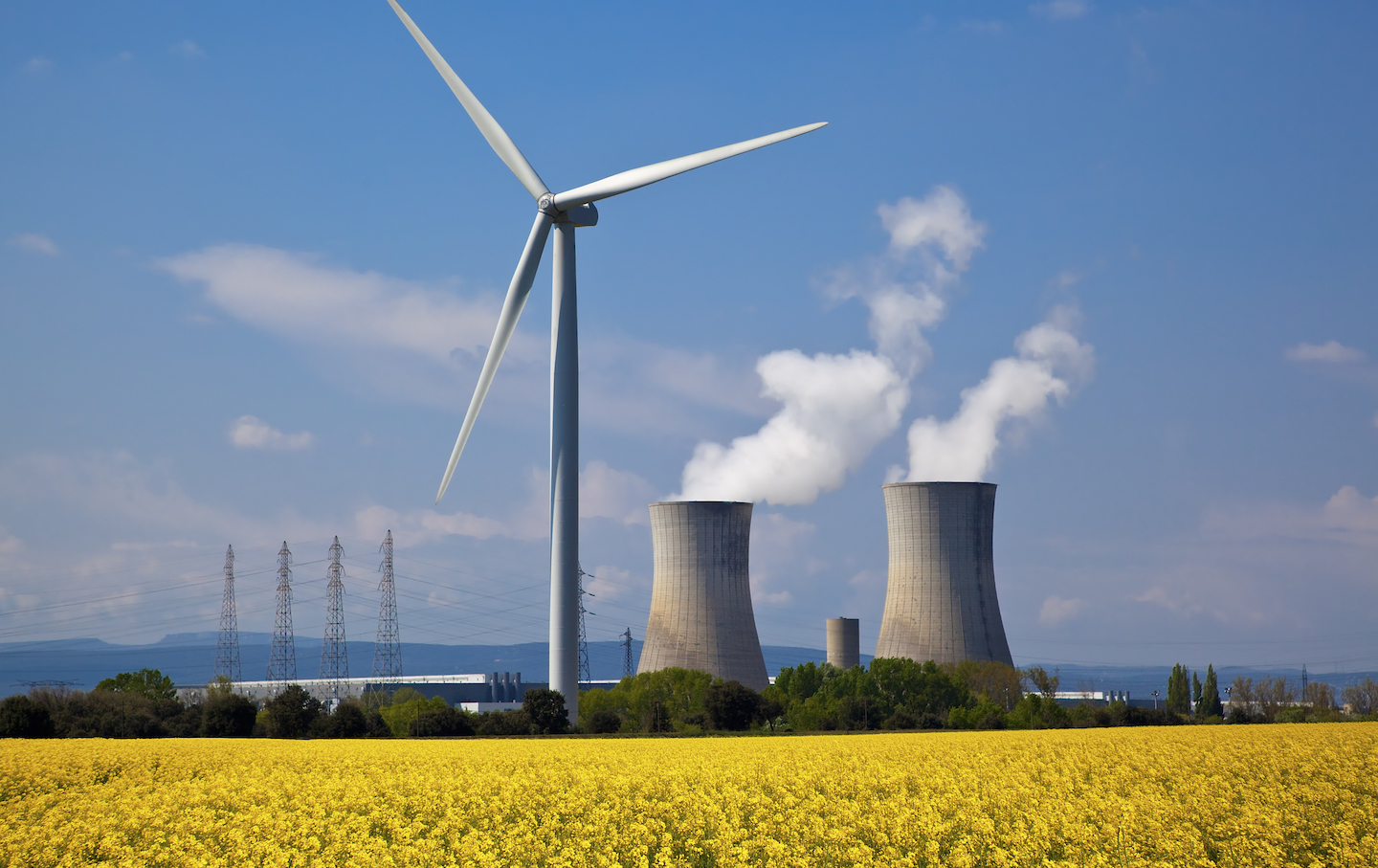 The climate movement in its own way

Thank you for registering for The nationweekly newsletter.

Thank you for signing up. For more than The nationsee our latest issue.

The nation is supported by readers: Donate $10 or more to help us keep writing about the issues that matter.

Did you know you can support The nation drinking wine?

After decades of critically documenting the outsized costs of nuclear power, I have finally admitted that the benefits of reduced carbon emissions from continued operation of US nuclear power plants are substantial and, to some respects, irreplaceable. I argued for their retention in an April article on TheNation.com.

The shutdown of the Indian Point reactors in New York last year was a climate mistake, I wrote. Not just because fracked gas is now filling the gap, but because the need to replace lost carbon-free energy means new wind and solar farms won’t lower emissions any further. California, faced with the same equation, should abandon plans to close the Diablo Canyon nuclear power plant in 2024, I said.

“Total bullshit,” a longtime anti-nuclear wrote to me. “You should be ashamed.” More representative of the comments, however, was this: “The continued reliance on nuclear energy in the future is part of the price of our collective past failures.”

Amen. The failures that support US carbon emissions are manifold. Not just Senator Joe Manchin, who torpedoed President Biden’s Build Back Better legislation on clean energy. Not just Senate Republicans, each of whom could have voted the 50th critical vote needed to help him pass. And not just Big Carbon, whose dark money and misinformation perpetuate climate inaction.

Through its own bad choices, the climate movement is also failing.

Too many of our climate campaigns are thoughtless. Too much of our legislative agenda is narrow. Too often, our lens for evaluating climate proposals is ideological rather than pragmatic.

Consider the decade-long campaign to get pension funds and banks to divest their fossil fuel holdings. Is Big Oil shameful and hungry for new capital today? Not with the skyrocketing demand for oil and gas. American vehicles, increasingly oversized, represent about 10% of the world’s oil consumption. Yet the challenges facing American motoring come mostly from outdated cycling and public transit activists, not the climate movement.

Today, with most federal actions stalled, climate activists demanded and won a ban on gas heating in new buildings in New York City, though they failed in their first attempt to ban gas. statewide.

The drive to “electrify everything” is commendable, given that electricity can be decarbonized while gas furnaces and stoves cannot. Still, trying to scrap the statewide ban has ruled out bolder ideas, such as legalizing secondary suites and halting freeway widenings.

Granted, not everyone is ready to admit that fatter freeways and pastoral, exclusive suburbs are carbon disasters. But only broader campaigns can link climate to other pressing concerns such as homelessness, unaffordable housing, expensive gasoline and traffic violence.

The ancestor of America’s climate failures, of course, is the lack of the one policy that economists say could unlock the vast emissions cuts needed to meet the Paris Agreement’s goal of limiting global warming. at 1.5 degrees Celsius: the national carbon tax.

A simple “carbon price” – administered not through easy-to-play cap-and-trade systems, but through “upstream” levies on the carbon content of fuels – was once seen as attractive to both the left and the the right. He is now recanted by both.

The right, of course, is both loathsome on fossil fuels and hyper-aware that its wealthy base of carbon-devouring consumers would pay the most through a carbon tax. Which makes the left’s antipathy to carbon taxes not only surprising but downright bizarre.

This hesitation is multi-pronged: viewing carbon pricing as another ploy of predatory capitalism that has built white wealth from the land and labor of Indigenous and Afro-descendant peoples; the suspicion that carbon pricing allows polluters to avoid reducing local emissions by buying “offsets”; a mistaken belief that carbon pricing in California has aggravated disproportionate pollution loads on disadvantaged communities; and the over-belief that pollution regulation can overcome reliance on fossil fuels.

Economic models abound to show how quickly carbon taxes will reduce the use of fossil fuels. The models aren’t alive, but they largely agree that a sharply rising federal tax could, within a decade, cut US emissions by about a third. Turning our backs on carbon reductions on this scale is, I believe, suicidal.

The worsening climate impasse led me to abandon my silence as existing nuclear power plants shut down. A similar overhaul of carbon taxes by progressives will not win over climate deniers. Over time, however, with a more far-sighted leftist ascendancy, it could become a stepping stone to climate progress.