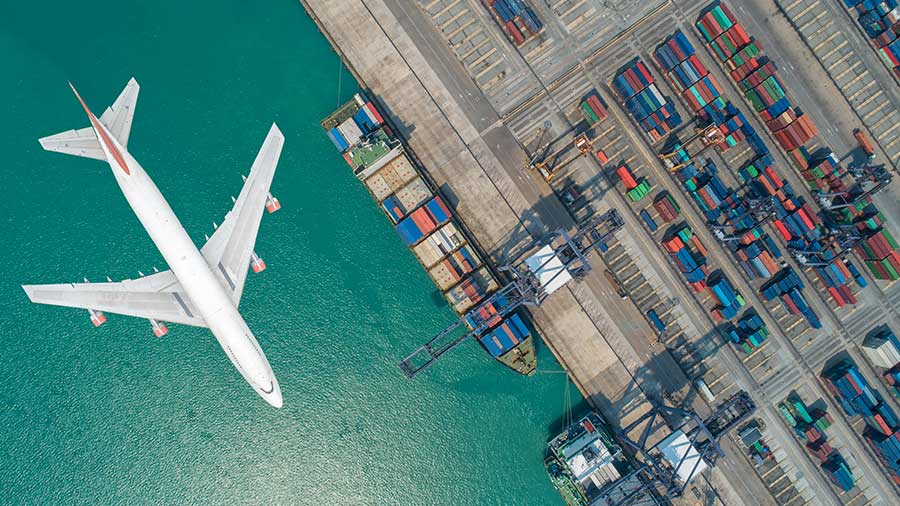 Vietnamese economy to benefit most from RCEP: World Bank

A recent World Bank report offers an in-depth analysis of how RCEP can impact the economic atmosphere of its member countries, including Vietnam. Here, Vietnam Briefing highlights the facts and statistics on why and how Vietnam, among other middle-income countries, could benefit the most from RCEP.

The Regional Comprehensive Economic Partnership (RCEP) agreement officially entered into force on January 1, 2022. RCEP member countries account for almost a third of global GDP and population, and a quarter of global exports and imports. . If implemented successfully, it can have a huge impact not only on Vietnam but on the global economy.

The World Bank (WB) White Paper Estimation of the economic and distributive impacts of the regional comprehensive economic partnership constructs a baseline or starting point and four alternative scenarios to estimate the economic and distributional impacts of RCEP in Vietnam. The baseline reflects typical pre-RCEP conditions, where tariffs from previous agreements, including the Comprehensive and Progressive Agreement for Trans-Pacific Partnership (CPTPP), were implemented, alongside the US-China trade war.

Then, the four alternative policy scenarios, as elaborated below, are compared to this baseline to determine the effect of RCEP on the Vietnamese economy.

The four alternative policy scenarios consider the effect of different policies to measure the impact of RCEP. These policies can range from tariffs and non-tariff measures (NTMs) to trade cost policies.

According to UNCTAD, NTMs are policy measures, different from regular customs tariffs, that can potentially have an economic effect on international trade in goods. Technical requirements, export subsidies, minimum import prices, and environmental and health compliance requirements are some examples of NTMs.

In the most optimistic scenario (Scenario 4), where all benefits are applied, Vietnam has the highest gains of all RCEP member countries. Vietnam’s income levels increase by 4.9% from the baseline, which is higher than other countries, where the income level increases by 2.5%.

While both exports and imports are increasing for all RCEP member countries, Vietnam is expected to see the largest increase in exports at 11.4%. Similarly, imports from Vietnam also increased significantly at 9.2% compared to 7.2% for the Philippines.

Of these, the motor vehicle sector is growing the most in Vietnam with 18.6%, followed by textiles with 16.2% and clothing with 14.9%, mainly due to the reduction of non-tariff measures. .

In the scenario where only the tariff reduction is implemented (scenario 1), the impact on the Vietnamese economy is negligible, with an increase in the level of income close to zero. Trade also sees a slight reduction compared to the reference scenario, with both exports and imports decreasing by 0.3%. Indeed, Vietnam has already benefited from relatively low tariffs thanks to other free trade agreements in which Vietnam participates.

RCEP provides an opportunity to drive growth and support recovery from the COVID-19 pandemic. Vietnam and Malaysia are the countries expected to make the highest gains according to the World Bank. The RCEP would also help Vietnam access large consumer markets twice as large as those included in the CPTPP, including China, South Korea and Japan.

At the same time, however, RCEP poses inevitable challenges for Vietnam as it must raise its standards to meet higher demand and intense competition.

According to the World Bank report, electrical equipment and machinery is expected to grow the most in Vietnam at 12.1%. Thanks to reduced tariffs as well as positive rules of origin policies, exports from this sector will increase significantly. The destination of Vietnam’s electrical equipment and machinery exports is expected to come mainly from RCEP member countries.

Textiles and clothing come second with 9%. The expansion in textiles is largely driven by higher demand from RCEP member countries, while apparel is benefiting from growing demand globally.

Vietnam is expected to import more wood and paper products from other non-RCEP countries, while the export level of these products is currently negligible. Thereafter, the industry should observe a reduction in production with a drop of 0.5%.

Similarly, the pharmaceutical industry is expected to grow less due to strong competition with other markets such as India and China. The industry also suffers from less favorable non-tariff measures as well as limited inputs, as the country’s pharmaceutical industry relies heavily on India and China for input supply. According to the World Bank, the sector expects a decline in growth of 1.6% compared to the reference scenario.

Driven by strong economic resilience and sustained growth in the RCEP region, particularly in Vietnam and China, extreme poverty in the baseline scenario is projected to decline from 0.98% in 2020 to 0.12% by 2035.

Thus, RCEP will also bring more equality to the job market. By creating employment opportunities in sectors of the economy that employ a greater share of women, such as textiles, clothing, electronics and several service sectors, women’s wages will increase faster than wages. men, especially in Vietnam.

Half of RCEP’s population, or 1.1 billion people, contribute the equivalent of US$10 a day or more in purchasing power. If successful, the partnership could attract up to 27 million additional middle class people for all member countries by 2035.

From this, Vietnam will expect the largest gains with 1.7 million more people entering the middle class and wages rising the fastest of all RCEP members, for both male and female workers. And that signals significant potential for consumer goods and services such as food and drink, entertainment, lifestyle products and services, especially in major cities like Ho Chi Minh City and Hanoi.

In addition, simplifying procedures such as customs and rules of origin will help reduce bureaucracy and allow more small and medium-sized enterprises (SMEs) to participate. SMEs account for 98% of all businesses in Vietnam, contributing 40% of GDP, and RCEP therefore presents significant opportunities for Vietnamese SMEs to move up the value chain.

The benefits of RCEP may seem modest for Vietnam compared to CPTPP or EVFTA.

Nevertheless, the benefits are likely to increase significantly if the country succeeds in reducing tariffs and NTMs and uses rules of origin.

Additionally, rules of origin can make exports less dependent on imported goods while encouraging member countries to operate more in regional supply chains. With the implementation of rules of origin in addition to tariff reductions and NTMs, total exports from RCEP members could increase by an average of 5.2%.

Nevertheless, analysts also noted that once RCEP comes into effect, Vietnamese companies would also face competition in both domestic and export markets.

Taking these factors into account will help create an environment in which exporters can take full advantage of common rules of origin without incurring high costs.

Currently, trade within RCEP countries is only 20% of the total trade of RCEP member states, so there is considerable potential for increased trade flows within the region to drive growth.

Additionally, investors looking to leverage Asian manufacturing should study the FTA text carefully to learn about the benefits. Manufacturers in more advanced countries such as China, South Korea and Japan may seek to minimize costs by outsourcing final processing to less developed ASEAN countries to benefit.

For Vietnam, since the country already participates in other FTAs ​​in the region, most of the gains do not come from reducing already low tariff levels. Rather, the country’s economic growth will come from deeper and more comprehensive engagement through intra-RCEP trade, common rules of origin, and greater openness in goods and services through improved markets, especially in China.

How Accountants Can Serve Today’s Clients