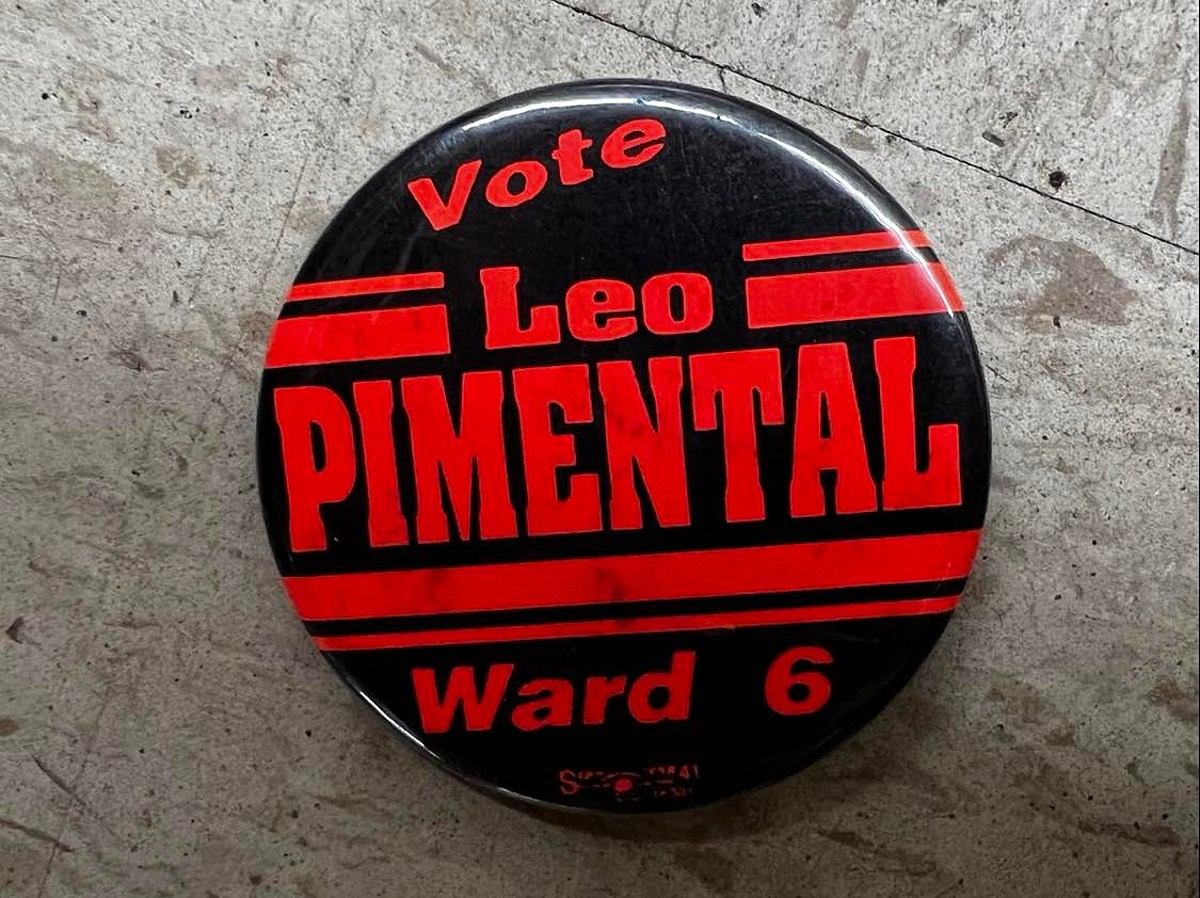 Back then, if you were planning to vote for Eisenhower for president, you might have worn an “I Like Ike” campaign button. Maybe you wanted to “make America great again,” so you wore a Trump button in 2020, or before that, a Reagan-Bush button.

Campaign buttons or pins were a campaign staple, and while some candidates still use them, many modern candidates choose not to.

New Bedford City Council Speaker Ian Abreu said “buttons used to be so expensive” so he now uses stickers which are “much cheaper”.

“I used buttons at first, but we stopped using them because people don’t want their shirts punctured anymore,” he said.

He said the stickers “can be removed easily now without damaging the shirt.”

“I would say pins are old school…and I’m not the type of person to ask someone to wear a pin,” he said. “Pins never crossed my mind.”

Like most area candidates for public office, Lima relies heavily on street signs to spread the word.

At-Large Advisor Naomi Carney has used pins in the past.

“I handed out buttons,” she said. “I’ve never used stickers.”

Carney said she hasn’t ordered new buttons since the contractor she was using passed away.

Buttons, pins and stickers are a great way for candidates to promote themselves by making their supporters look like walking billboards. Today, online advertising that reaches many more potential voters has become more common.

Some people collect political buttons. You can find these and many other local and national candidate campaign materials online.

A John Markey “push back button” for the mayor on eBay sells for $14.99, as do John Bullard’s buttons for the mayor.

Political campaigns were not the only use for the buttons. Events, such as First Night New Bedford, used buttons for promotional and event admission purposes.

Some photos of buttons used in this piece were provided by the politicians they promote, while others were spotted at New Bedford Antiques at the Cove located at 127 West Rodney French Boulevard.