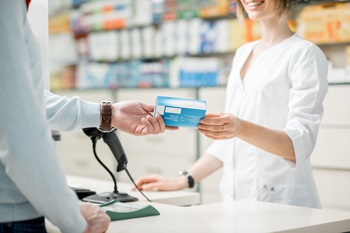 Summer is typically a time in Washington when the flurry of activity on Capitol Hill slows as lawmakers take a break to return to their districts and meet with their constituents. But this summer has been anything but quiet for those of us advocating for pharmaceutical policy reforms.

Recently, the U.S. Senate Committee on Commerce, Science, and Transportation endorsed the bipartisan decision Pharmacy Benefit Managers Transparency Act 2022 (S. 4293) aimed at combating anti-competitive practices by pharmacy benefit managers (PBMs) and providing meaningful oversight of PBMs. FMI strongly supports the bill, which would address many of the unfair and deceptive marketing practices of some PBMs and require greater transparency when PBMs enter into contracts with pharmacies, plan sponsors and employers.

OK, but what exactly does this mean and why is this such a high priority for IMF?

As we explained earlier, the largest PBMs have strategically created an intricate web of opaque, vertically integrated companies at the center of the US prescription drug system. Hired by insurance companies to negotiate on their behalf with pharmaceutical companies, these PBMs are “intermediaries” who have quietly become a major and indispensible part of our nation’s health care system. Whether they realize it or not, today’s American consumers – not to mention supermarket pharmacies and IMF member companies sponsoring health plans – are at the mercy of a PBM market that has become unacceptable. and anti-competitive.

Historically, PBMs have played an important role in the administration of prescription drug programs – designed to ease the paperwork burden on pharmacists. However, in recent years, the PBM market has transformed significantly, and they are doing the exact opposite. As a result of consolidation between PBMs, health insurance companies and acquired pharmacies, a small number of large companies now wield almost unlimited power and influence in the prescription drug market for 260+ million Americans. Among other things, PBMs negotiate drug costs, dictate which drugs will be included in plan formularies, and control how those drugs are dispensed. In other words, they control what drugs are prescribed to patients, which pharmacies patients can access, how much patients will pay at the pharmacy counter, and how much pharmacies will ultimately be reimbursed – decisions that are increasingly taken after the patient has left the pharmacy.

Despite their outsized influence, PBMs are one of the least regulated parts of the healthcare system and the drug supply chain. There is almost no enforcement, oversight, or federal antitrust regulation. These PBMs have created endless schemes to reduce reimbursements, claw back funds, restrict networks and effectively force pharmacies to provide drugs below cost, which has driven many supermarket pharmacies, especially in underserved, low-income and rural neighborhoods to close or prevent expansion in these important areas. communities.

We are pleased that the federal government has begun to hear these concerns about the predatory practices of PMPs and has determined that regulatory action is necessary. IMF has worked with allied organizations and our congressional champions to generate supportive regulation regarding the inappropriate use of DIR pharmacy fees by PBMs, and earlier this summer we blogged about the importance of investigating the Federal Trade Commission (FTC) on the PBM industry which is intended in part to examine unfair and anti-competitive practices of PBMs. Now, Congress has an opportunity to advance legislation that would bring greater transparency and accountability to PBMs while addressing many of their abusive practices. More specifically, the PBM Transparency Act would have:

You can take action in five minutes or less to make a difference:

Tell your senators to pass the PBM Transparency Act